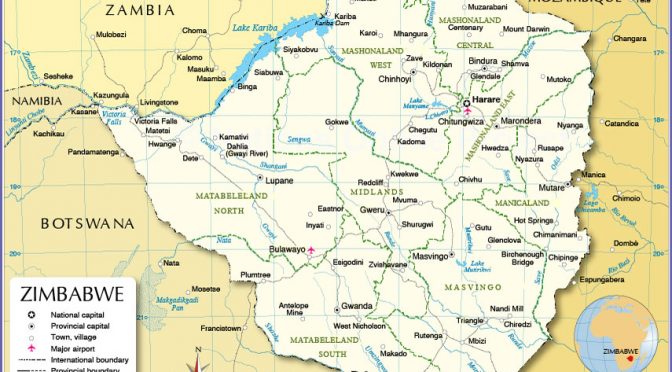 With hydro and thermal power stations at Kariba and Hwange largely failing to meet Zimbabwe’s growing appetite for electricity, renewable energy sources have been on a lot of people’s minds of late.

There is a mounting body of evidence showing the damage to our environment caused by fossil fuels, which compels the country to take practical steps to harness renewable energy such as solar energy and wind power.

Wind energy has largely remained untapped and under-utilised in Zimbabwe despite the fact that the country was among the first in Africa in the 1970s and early ’80s to promote its use on wind turbines water pumping systems.

At the dawn of independence, the country widened access to electricity to a majority of people and we saw no reason to tap into wind energy systems.

The country did not sufficiently invest in its power generation units due to a number of factors.

All this forced Zesa Holdings, the country’s power utility to impose the worst rolling blackouts in years, with households and industries going without electricity for hours due to lack of foreign currency, declining water levels at Kariba hydropower station and obsolete equipment at Hwange Thermal Power Station.

Many settlements throughout the country are now receiving less than seven hours of electricity per day from the national grid, raising demand for firewood and charcoal in urban and rural areas.

It is worrying that most families are increasingly relying on firewood and charcoal as prices for imported liquefied petroleum gas continue to rise.

We are struggling to get energy, yet we have the potential to harness wind energy to our benefit, and it is not too late to consider this type of energy.

The International Renewable Energy Agency (IRENA) conducted a satellite data analysis for wind power potential in Zimbabwe, which showed that some parts of the country, including parts of the Great Dyke region, Eastern Highlands and Matabeleland South have the potential for wind energy generation.

Now only need to validate satellite data with actual ground surveys before we can do feasibility studies.

Wind power will certainly give us a good energy mix to diversify energy generation sources in case of problems and constraints from the main hydro and thermal generation stations.

Yes, renewable energy projects are expensive to set up, but they are relatively cheaper to run compared to conventional power sources based on fossil fuels.

The investment and financing costs are the dominant drivers of the electricity cost.

As a country need to be proactive and push for feasibility studies on wind energy so that we can develop bankable wind farm projects to harness this abundant resource.

If do not gather information about the potential of wind energy, investors will not take seriously.

Other African countries such as South Africa, Kenya, Morocco and Ethiopia all now have wind farms which are making substantial contributions to their national grids.

As a country, we need to have the necessary data about our wind energy capacity and address all things that worry investors such as political, regulatory, financial and administrative barriers.

It usually takes a long time to get permission for wind turbines projects and one way around the problem is to develop mechanisms to speed up or facilitate wind energy investments.

In South Africa and other African countries, transparency and certainty have helped a great deal to build successful public private partnerships that have helped to fast track the delivery of much-needed large-scale infrastructure projects.

Investment processes, checks and balances can give investors confidence in Government and help attract a plethora of players into the Zimbabwean energy market.

Zimbabwe is lucky in that it has a good mix of resources — sun, wind, water and biomass energy sources that are in abundance and these can complement one another and make the transition to renewable energy much easier.

Ultimately, when we get our act right, smart grid solutions, combined with more flexible generation technologies and economical storage technologies will form the future power system of our country.

All this will help reduce pressure on the main Zesa electricity grid and enable Zimbabwe to make huge savings on energy import costs, achieve its Sustainable Development Goals (SDGs) on energy and contribute towards Vision 2030.

We have talked enough about alternative energy sources and we have convened enough conferences, debates and discussions on the issue.

It is now time to deliberately act by setting up an implementable programme that results in the actual work being done to establish wind and solar energy parks.