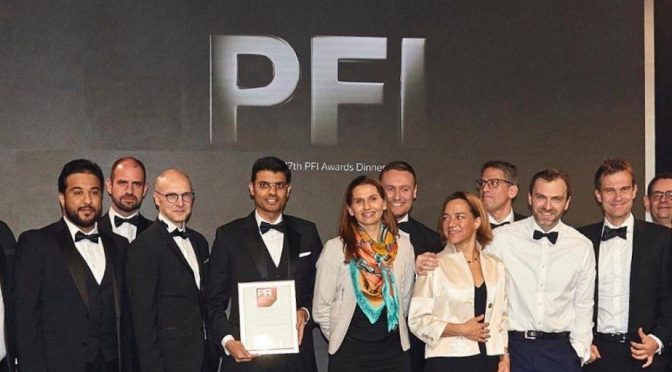 Dumat Al-Jandal Wind Farm Project has won the Project Finance International (PFI) Renewable Deal of the Year in Middle East and Africa Award for 2019.
This comes after the project achieved a new record represented in recording the lowest flat rate of electricity generation of USD 0.0199 per Kilowatt hour.
The project is the first project to be awarded in the Kingdom to produce electricity from wind energy within the framework of the National Renewable Energy Program and the largest project of its kind in the region.