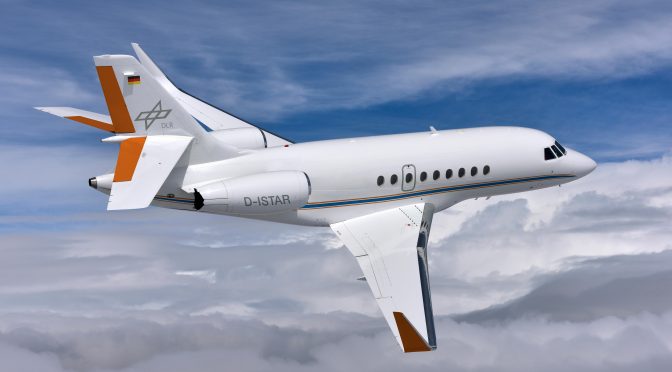 Synthetic fuels, a test field for autonomous driving and a new research aircraft – the German Aerospace Center (Deutsches Zentrum fuer Luft- und Raumfahrt; DLR) is focusing on interdisciplinary research projects that will enhance Germany as a location for high-technology activities. DLR’s ‘Future Technologies for Society 2030’ strategy is centred on interdisciplinary ways of working and the close integration of scientific research and industry. For Germany as a high-technology and export-led nation, cutting-edge research is indispensable.

“Discussion in wider society about the environmental impact of our daily activities has long since found its way onto the streets, squares and schoolyards,” says Pascale Ehrenfreund, Chair of the DLR Executive Board. “At DLR, we are looking into the causes and effects of climate change – from space to beneath the waves. Sophisticated artificial intelligence methods allow us to evaluate enormous amounts of data. At the same time, our 47 DLR institutes are developing innovative technologies to tackle the challenges currently facing society. In particular, these include sustainable mobility and energy supply, digitalisation and the security of critical infrastructure. Research forms the basis for effective solutions and economic competitiveness.”

Sustainable mobility – on the ground, at sea and in the air

In order to make mobility compatible with climate protection, during 2020 DLR will intensify its research into synthetic fuels and alternative propulsion systems for aviation and ground-based and maritime transport. Synthetic fuels derived from renewable resources can be ‘designed’ to ensure optimal combustion and thus emit fewer pollutants. Battery electric and hybrid-electric propulsion configurations for aircraft have been investigated. Both configurations are technically feasible and flightworthy. The conceptual study demonstrated the technical feasibility of electric aircraft propulsion in the 500-kilowatt range.

In 2020 DLR will welcome its new iSTAR (in-flight Systems and Technology Airborne Research) aircraft. This ‘flying simulator’ will add a powerful experimental vehicle to the DLR fleet. It will allow new, environment-friendly aircraft configurations to be tested under realistic conditions. In addition, a ‘digital twin’ will be created for iSTAR, which will accompany it throughout its entire lifecycle.

DLR is taking a leading role in the field of unmanned flight. With its numerous institutes, it is unique within Europe and has the necessary research expertise to tackle challenges such as propulsion, energy storage, flight guidance, certification and acceptance ahead of the introduction of unmanned aerial systems. DLR’s National Experimental Test Center for Unmanned Aircraft Systems in Cochstedt brings this research together, and provides a platform for testing new technologies.

The test field in Lower Saxony, established by DLR in January 2020, provides unique infrastructure for conducting research into automated driving in real road traffic conditions. A network of communications and measurement technologies monitors the overall traffic situation and records the position of all vehicles with extreme precision. This allows the simulation and testing of Car2X concepts, automated driving functions and safety mechanisms within a realistic environment. The aim is to advance the development of electric, energy-efficient, automated and networked transport.

DLR transport researchers are opening up new paths for urban mobility and logistics with the futuristic U-Shift vehicle concept – electric, driverless and demand-oriented. A key feature of this modular concept is the combination of a standardised vehicle chassis with different bodies for various use cases in passenger and freight transport.

Together with battery-powered propulsion systems, research into fuel cells for mobile applications is also advancing. Now, researchers are looking not just at road transport, but also maritime applications. For the HySeas III project, DLR is participating in the development of the world’s first ocean-going vessels powered by fuel cells.

Research for the energy transition – focus on hydrogen and thermal storage

How can hydrogen be generated as sustainably as possible and used efficiently in fuel cells? These and other questions are a key area of focus for DLR energy research. Hydrogen offers enormous potential for the mobility and energy sectors. Hydrogen can be converted directly into electricity using fuel cells and it can also serve as a feedstock for the production of fuels such as methane, methanol, diesel or kerosene.

DLR researchers at the Jülich site are using the high-power sources at the large-scale Synlight facility to test a specially developed reactor that splits water at high temperatures to produce hydrogen. Synlight, which has been described as the ‘largest artificial Sun in the world’ can simulate the concentrated solar radiation of a heliostat field, thus offering ideal conditions for gaining operational experience and increasing process efficiency.

Research into a ‘third life’ for conventional coal-fired power plants is also continuing with additional projects. DLR is working with partners from the energy sector to test the viability of the concept for converting coal-fired power plants into large thermal energy stores. The new DLR Institute of Low-Carbon Industrial Processes will also open in 2020. It will focus on research into the decarbonisation of energy-intensive processes, for example in the steel, chemical and cement industries. At the same time, the new institute will expand upon existing DLR expertise in sustainable power generation and energy storage.

A new era of space observation, exoplanets and a rover on Mars

The implementation of the decisions taken at the last ESA Council Meeting at Ministerial Level will begin in 2020. Germany is an international leader in Earth observation in terms of science and technology, as well as in the processing and use of the resulting data to analyse the Earth system. Germany is strengthening its leading role in the operation of the European Earth observation programme Copernicus with approximately 520 million euro. Germany is also contributing approximately 170 million euro to ESA’s FutureEO scientific programme. Some 10 million euro have been allocated to the new Global Development Aid (GDA) programme. In addition, Germany is also supporting a small Arctic satellite mission aimed at improving short- and medium-term weather forecasting in the Arctic region with 7.5 million euro.

The new European Ariane 6 launcher will begin carrying payloads into space from late 2020. Germany is contributing a total of approximately 90 million euro to the development programme. This year will also see the launch of additional Galileo satellites and the ESA Solar Orbiter mission, with which Germany has been heavily involved. The Sentinel family is also growing – the Earth observation satellite Sentinel-6 will begin measuring the topography of ocean surfaces with high precision following its launch on 15 November.

In late November 2019, the globally unique German Experimental Space Surveillance and Tracking Radar (GESTRA) system received its first signals reflected by objects in space. The radar, developed and built in Germany with funding from the Federal Ministry of Economic Affairs and Energy (BMWi), can observe space debris and active space systems in low Earth orbit. GESTRA is scheduled to enter operational service in autumn 2020 and will make a significant contribution to security in space at national, European and international levels.

The ESA space telescope CHaracterising ExOPlanets Satellite (CHEOPS) was launched into Earth orbit in December 2019. It will examine planets outside the Solar System, referred to as exoplanets, in order to determine their size, density and the possible existence of an atmosphere. DLR has provided the acquisition sensor and the sensor control electronics and is supplying its expertise in data evaluation.

The European Mars rover is set to search for traces of life as part of ESA’s ExoMars 2020 programme. Mobile and equipped with the latest generation of measurement and analysis tools, the rover will take soil and drilling samples and analyse them in its internal laboratory. DLR’s planetary research team is involved in the Mars mission with the PanCam, a stereo panoramic camera, and the High-Resolution Camera (HRC), which is equipped with a telephoto lens.

The US Orion spacecraft with the German-developed European Service Module (ESM) will be launched at the end of 2020 / beginning of 2021. It will travel to the Moon and then return to Earth. Protective measures are required to shield the human body against exposure to radiation in space during future long-term crewed missions to the Moon and Mars. The DLR and Israeli Space Agency (ISA) phantoms Helga and Zohar will be ‘passengers’ on the NASA Orion capsule’s first flight to the Moon. DLR researchers will use them to measure space radiation and test the effectiveness of the specially designed AstroRad radiation protection vest.

The successful demonstration of the DLR-developed Big Data Platform, an analysis platform for transport research, marks a milestone in research into digitalisation. By successfully applying it to transport science data, DLR is creating an important basis for future intelligent and networked mobility.

DLR is also pooling its expertise in security research at various sites as it works on developments in digitalisation. Cybersecurity and the protection of digital infrastructure are becoming key areas of focus for research, alongside maritime and terrestrial solutions for public security. For example, DLR is playing a part in the GAIA-X cloud platform concept presented by the German Federal Ministry of Economic Affairs and Energy (BMWi) in October 2019, and in the LOEWE zentrum emergenCITY project under the Hessian Excellence Initiative. The newly founded DLR Institute for the Protection of Terrestrial Infrastructures is collaborating with TU Darmstadt on the core themes of urbanisation, digitalisation and security for the digital city of the future.