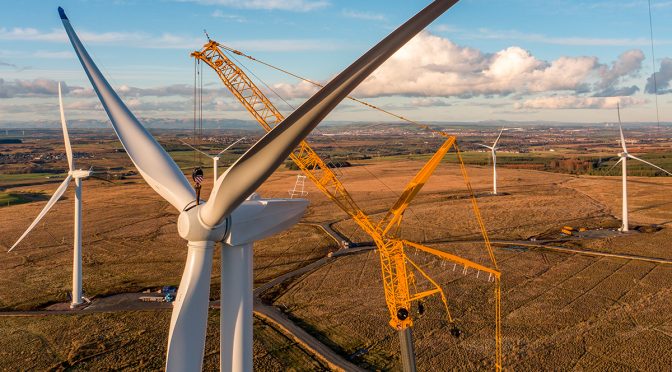 We need urgent policy action and ambition to respond to citizens’ desire for a vibrant wind energy supply chain here in Europe. This was WindEurope CEO Giles Dickson’s message today at the 19th Inter-Parliamentary Meeting on Renewable Energy and Energy Efficiency organised in Helsinki by EUFORES, a cross-party European network of MEPs and politicians from EU Member States.

Millions of Europeans went to the polls this year to elect their national and European Members of Parliament. And an overwhelming majority of voters put Climate & Energy on top of the policy agenda. The European wind industry is an engine of growth for the European economy, creating thousands of jobs and providing millions of direct contributions to national and local budgets across Europe.

Dickson highlighted the widespread public support for the expansion of European renewables: the majority of people across Europe support wind energy, especially those who live near onshore wind farms. Wind brings direct and indirect benefits to communities across the continent: in addition to clean, cheap electricity, the wind industry provides jobs, infrastructure, training, industrial regeneration, and much more.

The industry is ready to act, Dickson said – but the ball remains in the court of policymakers. New projects will need simpler permitting. Repowering will be key to increasing the share of wind energy in Europe.  Turbines won’t be that much higher – typical repowering projects raise tip height from 110 to 190m – but thanks to technological advances, Europe now gets more than double the energy capacity with 1/3 fewer turbines than a few years ago.

Europe stands to benefit further from wind energy, but this largely depends on the National Energy & Climate Plans (NECPs) that Member States have to finalise by the end of this year. Ideally, the NECPs should be investment brochures for renewables, securing the future of a clean, green energy mix for the continent.

But if the NECPs are unambitious, the consequences will be severe. The European supply chain could be lost to imports from outside the EU. This would lead to massive job losses across the continent. In Germany – Europe’s wind energy powerhouse until recently – 38,000 jobs have been lost in the past four years due to poorly-thought-out policy decisions.

Dickson was in discussion with other attendees at the EUFORES 19th Inter-Parliamentary Meeting on Renewable Energy and Energy Efficiency, including Ville Niinistö (Finnish MEP, former Finnish Minister for Environment, Member of ITRE committee), Michael Bloss (German MEP, Greens, ITRE) from the European Parliament and a number of MPs from the Finnish, German, Romanian and Slovak national parliaments.