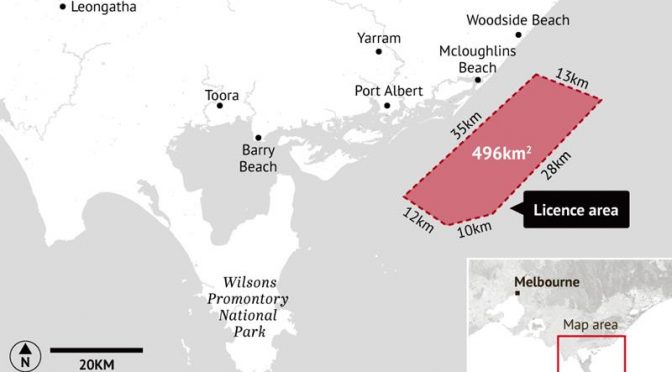 The first proposed offshore wind farm in Australia, which could provide enough energy for more than 1.2 million homes with wind turbines, will begin scientific testing this month off the Victorian coast near Gippsland.

The test comes when the trade union movement launches a campaign to pressure state and federal governments to pave the way for the wind power project to move forward.

The Star of the South wind farm is expected to provide up to 2,000 megawatts of wind power, approximately 18 percent of the state’s energy demand, and will cost between $ 8 billion and $ 10 billion.

In a few weeks, the company will begin detailed studies of wind and wave conditions in the area of ??496 square kilometers on the south coast of Gippsland. It will also carry out environmental studies on marine and bird life.

If feasible, the wind farm is scheduled to provide “full power” by 2027.

The Age newspaper in Melbourne reported that unions expect the wind farm to provide safe jobs for electricity workers in the Latrobe Valley, where the economy has relied heavily on coal power generation.

The Latrobe Valley was greatly affected by the closure of the Hazelwood power plant in 2017, and the remaining coal-fired power plants will begin to close in the coming decades.

The Age also reports that the region in general is preparing for more job losses with the government of the Labor State by eliminating logging of native wood by 2030, which sparked a furious response from the Union of Maritime Mining and Forestry Construction Energy ( CFMMEU).

Earlier estimates indicated that the Star of the South wind farm could include 250 turbines, but that has not yet been determined.

Its proposed site is between 10 kilometers and 25 kilometers from Port Albert on the south coast of Victoria.

The same newspaper reported last week that a group of unions and the Victorian Council of Commerce launched a report calling for a “direct transition” to help redistribute fossil fuel industry workers to jobs at Star of the South.

They want the conservative federal-national federal government to establish a “transition authority” and a master plan to develop offshore wind energy.

It was also reported that the secretary of the Victorian Council of Commerce, Luke Hilakari, said that political leadership was required to ensure that workers and communities that rely on fossil fuels are not discarded in the “scrap heap.”
“This transition must be handled in a way that ensures that workers and their communities are put to the front and center,” he said.

The union’s report suggests that the wind farm could create 300 jobs in progress and 2000 construction jobs. The report was also produced by the maritime, electrical and manufacturing unions.

A spokeswoman for Star of the South said the winds were stronger and more reliable at sea, “providing stability to the network at peak times.”

“We are investigating what the South Star could mean for Gippsland and the local industry, including how we could help restructure and invest in the local workforce to develop a marine wind industry in Australia,” he said.

The company plans to use the existing infrastructure in the Latrobe Valley to power the network with electricity. He has started consultations with communities throughout Gippsland.
Australia offshore wind farm

A recent study by the Institute for Economic and Financial Energy Analysis (IEEFA) reported by EcoNews said the project was a step in the right direction despite the warning of a possible excessive investment.

Earlier this week, Labor Prime Minister Daniel Andrews said the project was still subject to federal environmental effects and approval processes, but said supporters almost considered it a form of base charging power given the volume of wind in the sea.

“That could be confirmed with some battery technology on the ground,” Andrews said and added: “There would be major maintenance work.”

Federal Minister of Energy and Emission Reduction, Angus Taylor, accused of delaying progress in the wind farm, said the need for an offshore energy infrastructure development framework was an emerging problem.

“A future regulatory framework for offshore energy infrastructure will have to accommodate the transmission, generation and other concerns of ocean users,” he said.

The Victoria government has set a renewable energy target of 50 percent by 2030.