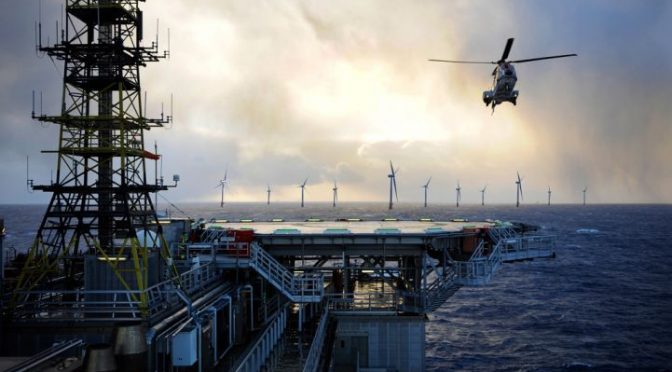 Brazil, India, Morocco, the Philippines, South Africa, Sri Lanka, Turkey and Vietnam have, for this form of generation, with potentialities of 3.1 terawatts (TW): more than one thousand gigawatts (GW) in the case of fixed enclaves while that for floating projects the figure would exceed two thousand GW.

The analysis entitled ‘Globalization: expansion of offshore wind energy in emerging markets’, studies offshore areas within 200 kilometers of the coastline of each country.

While some countries, such as India, Sri Lanka and Turkey, have significant fixed offshore wind turbines potential in shallow waters, others such as the Philippines and South Africa require floating foundations to account for higher depths, up to a thousand meters.

The report is based on the establishment of a new program of the BM Group that aims to accelerate the expansion of offshore wind energy in developing countries, and provide technical assistance so that they can assess their potential and develop a portfolio of projects ready for investment.

According to the analysis, offshore wind energy now accounts for about 26 billion dollars in annual investments, or eight percent of the total invested in clean energy. This proportion will increase dramatically, with an estimated 700 billion dollars in investments for 190 GW of installed capacity by 2030, the WB added.

This industry, the investigation also showed, has grown almost five times since 2011, with 23 GW installed at the end of 2018.

A large volume of planned projects is in Europe, China and the United States, but there is also significant potential in emerging markets, he said.

For countries like Vietnam, which now has an installed capacity of just over 40 GW (less than 10 percent of its 475 technical potential for fixed and floating offshore wind power), this represents a significant opportunity for large-scale projects located nearby of areas of high energy demand, the WB considered.

The development of a offshore wind farm requires between five and ten years and demands between 10 and 50 million dollars in development costs and advance planning to link the energy generated to the ground grid.

Also, capital expenditures can go beyond two billion dollars and involve risks associated with the complexity of construction, which requires innovative financing, such as project management.