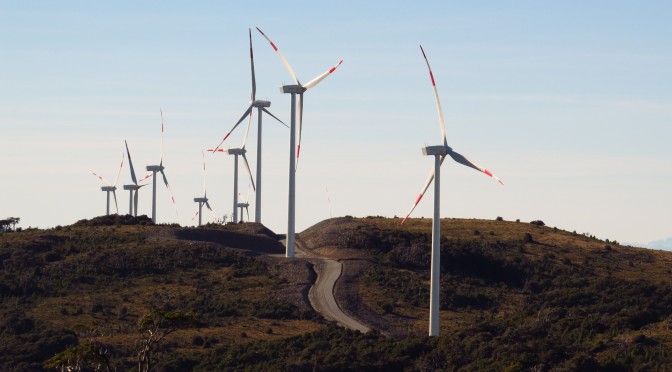 It is the best in America and if only wind energy is considered, it rises to third place worldwide, with 35% of the total generated.
The International Energy Agency placed Uruguay in fourth place in the world ranking of electricity generation based on wind and photovoltaic energy (wind and sun).

This agency is an autonomous body of the Organization for Economic Cooperation and Development (OECD).

The first three countries in power generation with windmills and solar panels are Denmark, Lithuania and Luxembourg. The fourth in the world is Uruguay, which in Latin America occupies the first place.

Denmark has 50% of its electricity generated by wind and sun. Lithuania 41%, Luxembourg 37% and Uruguay 36%. Of that percentage, 35% is generated with windmills.

Fifth, quite far away, Iceland appears and then Germany.

In the exclusively wind energy ranking, Uruguay is third worldwide.

He also noted that in international congresses Uruguay is always a reference for the competitive tenders that it achieved for its process of transformation in renewable energy.

The diversification of the energy matrix to renewable sources began during the government of José Mujica and was supervised by Ramón Méndez, current advisor to the front-facing candidate Daniel Martínez.

Mendez explained long ago in a note with the weekly Gap the advantage that the country achieved with this option.

While the wind is being used, water can be reserved at dams for when there is no wind.

Currently Uruguay has managed to have several consecutive weeks with 100% of the energy generated based on renewable sources.Enviar comentariosHistorialGuardadas