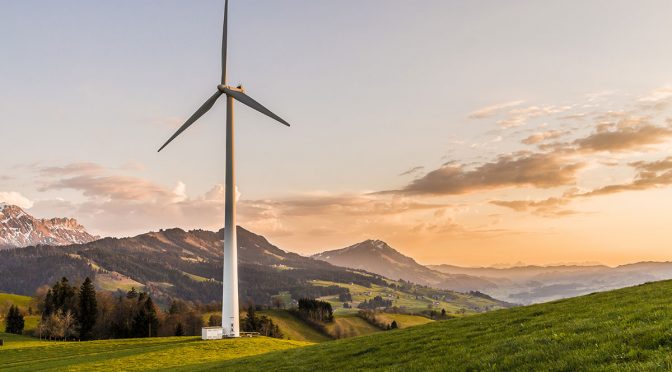 As participants in the wind energy sector, we find ourselves in a unique position as an industry and as people, faced with a unique responsibility.

The world is waking up to the realisation that we now have only a short time to take action to head off a disastrous rise in global temperatures and to preserve a liveable planet. And in order to achieve this, that a wholesale energy transition needs to be carried out on an urgent basis.

“We have 10 years” to get things right and on the correct pathway of decarbonisation and deployment of renewable energy, GWEC’s Chairman Morten Dyrholm pointed out to a recent Ministerial Conference on Renewable Energy Integration in Berlin.

As the events during the UN Climate Summit in New York have shown, there is now unprecedented policy momentum behind taking more decisive action to stop dangerous climate change than ever before.

In the past decade, wind energy has become one of the world’s most important and fastest growing industries and has arguably done more than any other technology to replace CO2 emissions. We have made unprecedented progress in lowering our costs through innovation, both technological, and in terms of business models.

The result of all of this hard work is that we can say that wind is the most competitive large-scale power source in terms of cost in most places in the world – a completely different story from just a few years ago. We should be rightly proud of this achievement.

But the reality is we are nowhere near where we need to be. The imperatives set out in 2018’s landmark IPCC report show that we need to entirely replace fossil fuel generation in the power system by 2050 and carry out the even harder task of decarbonising heavy industry, heating and transport.

Investment in renewable energy needs to go up around by five times from the 2018 level, from $0.49tn per year to $2.4tn per year. And yet, while wind generation capacity continues to rise, investments in renewable energy fell in the first half of 2019 and are at a level well below their peak in 2017, according to Bloomberg New Energy Finance.

Coal continues to be built in record amounts in key regions such as SE Asia, but also in some developed countries like Japan, while others like Germany are foreseeing an unacceptably slow time frame for pushing coal off their systems.

Why is this still the case, despite the statements and commitments coming out of New York and Berlin.

The stark fact is that markets continue to perversely reward incumbent interests and are not designed to facilitate and reward zero carbon energy.

And in some cases this situation is getting worse, fed by a complacency among governments that, at least for the power sector, we have already fixed the problem.

In the last few years, we have seen key countries like India and Germany set ambitious targets and auction for large volumes of renewable power at low prices, when the conditions for actually building projects viably do not exist.
We have seen so called “zero subsidy” auction structures in some offshore wind markets, which both increase finance costs and risk because they are based essentially on a bet on long term power price trends that few understand and none can predict with any certainty.

Or we see so called “discount bid” auctions for renewable energy in places like Portugal, where developers need to bid at discounts on current wholesale power prices. In GWEC’s view, these type of auctions can end up simply lowering margins for renewables, while allowing incumbent polluting fossil generation to continue enjoying the benefits of higher market prices.

We need to be clear that there is simply no way the Energy Transition can take place if sufficient financial reward do not exist for investing in clean energy.

We need to get very serious as an industry, to face up to this challenge and seize the golden opportunity we have in front of us.
This means we need to tell our story better and make sure we have our messages right.

While the story continues to be one of progress, we need to realise that it’s not just a matter of saying “we are subsidy free and we don’t need support ”, if markets are not designed in the right way so that projects are not viable, or if there are incumbent interests – as is the case in many emerging markets – that don’t allow a level playing field.

And it’s not just a matter of holding auction after auction, if afterwards things can’t get built.
To get the big problems solved, we need to identify the regulatory and market levers which are necessary to make this work, and get better at explaining governments and regulators what we need.

We need better engagement with the key stakeholders to make sure investments can be made in the agreed time frames and capacity installed at ever greater speed and efficiency.
And we need to get better at helping investors and companies facing stranded fossil assets to quickly shift their big investment capacity into renewables.

To do all this, we need a strong global lobby that has the necessary influence in the right areas. After all, wind is now a big and grown up industry, and we need to act like one.

What is GWEC doing to overcome those challenges?

Over the last year, GWEC has carried out a number of initiatives, such as producing more and better data and reports; creating industry taskforces around key growth areas such as SE Asia, Africa and Global Offshore; and creating the Women in Wind leadership program.

And we have launched new events such as the Beijing Renewable Energy Investment Summit and the London Energy Transition Dinner.

Over the next period we will be launching the Sustainable Industry and Market Design Initiative (SIMDI) which will seek to address the key challenge ensuring markets and financing mechanisms are adequate to ensure that we can scale up investment in our industry to the level which is required of us by the energy transition.

The project will involve research on market models, remuneration levels and project delivery across multiple markets, extensive consultation with the industry, institutions and government and result in a new architecture of messages and lobbying positions.

We will be consulting with all of you over the coming weeks and months, and need your help and support to make this initiative successful.

Working together, we can make sure these initiatives are successful and ensure they have a real impact on getting us on to the right track as an industry and as a planet.