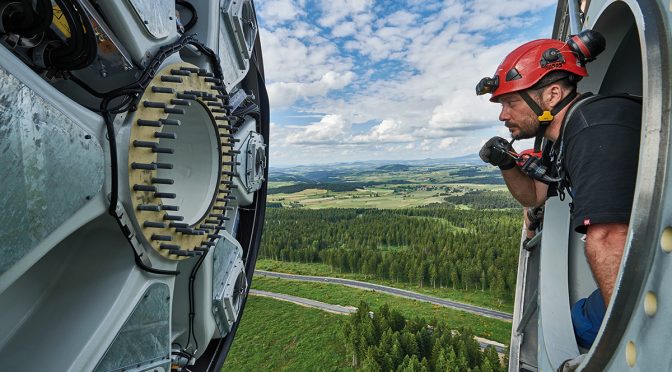 Today we launched our ‘Wind Energy in Europe: Outlook to 2023’ report. It sets out our expectations for new installations (onshore and offshore) over the next five years. We’re hosting a webinar this afternoon breaking down the key findings. You can register for that here.

There’s a lot to unpack. According to our Central Scenario, Europe will add an additional 90 GW of net new capacity over the next five years, totalling 277 GW in 2023. This is OK. But there’s a big risk we fall well below that. As you know only too well, there is plenty to be concerned about. Wind energy is facing major challenges across Europe. Policy uncertainty. Poorly-thought out regulations. Poorly-designed auctions. A worrying lack of visibility on wind volumes in Member States’ National Energy & Climate Plans. Many of these problems are impacting on the supply chain already. They could impact the significant cost reductions we’ve achieved in recent years.

Nowhere demonstrates this better than the former powerhouse of European wind energy, Germany. Onshore wind installations are down over 80% this year. New permit awards over 90%. There wasn’t a single new recorded turbine order in Q1 2019. The Government has said it will ease permitting, and it wants to increase the auction volumes to 3.9 GW pa. But their new “climate package” introduces a 1000m distance rule that rules out around half the country. And it applies also to the repowering of existing wind farms. Other countries apply a 500m rule, or even less. A 1000m rule makes it harder for Germany to meet its target of 65% renewable electricity by 2030. And for Europe to meet its renewables targets. And it’ll mean Germany loses even more jobs in wind – on top of the 35,000 already lost since 2016.

Much of this has to do with anti-wind voices bending the ears of policymakers. Despite their claims to the contrary, anti-wind campaigners do not represent the people who live close to wind farms. As a recent study shows, a clear majority of people living close to wind farms in Germany do not feel disturbed by them. Local residents benefit: from new jobs and infrastructure; from the taxes wind farms pay the local council; and from the growing practice of community ownership. Individual States and municipalities in Germany can opt out of the 1000m rule if they wish. And the Government wants more local ownership of wind farms, especially in communities that do opt out. Crucially, the Government has also promised to make the permitting of wind farms less slow and complex. These things could all help soften the impact of the 1000m rule.

Looking ahead: it’s less than two months now to our final large event of the year, WindEurope Offshore 2019 in Copenhagen on 26-28 November. The EU has set huge targets for offshore wind for 2050: 240-450 GW up from 20GW today. This would make offshore wind around a quarter of Europe’s electricity. So all eyes are on us, and it’s going to be a great event. The Danish Crown Prince and Ministers from all over Europe are coming. The exhibition floor has almost completely sold out, and there’ll be 9,000 attendees. You can register for that here.