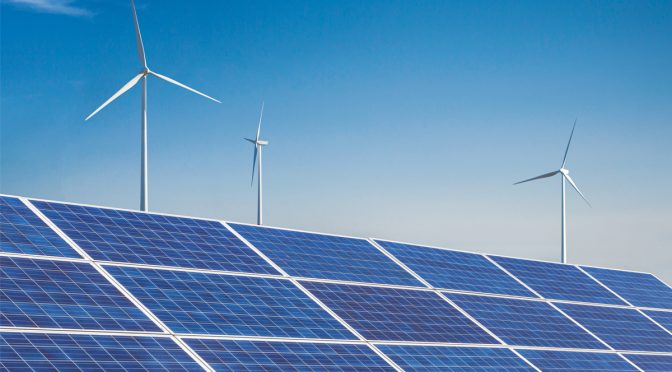 Renewables will close a bright 2019, the best of the last four years. According to the latest forecasts of the International Energy Agency (IEA), 12% of installed capacity will be added worldwide. Thus, a double-digit rate returns, after the downturn that it suffered in 2018, essentially due to regulatory changes in China and which was the first and only negative exercise that this sector has suffered since 2001.

The push of renewables is produced thanks to the small boom in solar energy, which this year will pick up 17%, reaching 115 GW. “There is a dramatic decline in the cost of solar energy, as well as a sharp increase in the capacity installed in wind power. The real difference from last year is the critical ability of governments to change the trajectory of their energy policies, ”said IEA Director General Fatih Birol. This organism, based in Paris, which for years has been dedicated to studying fossil fuels, already incorporates more and more alternative energy in its analysis, a sign of the times.

The International Energy Agency puts Spain as an example of the increase in solar energy.

The event occurs at a time of extreme tension for fossil energies, following the uncertainty experienced in the Middle East, with the attack on Saudi Arabia refineries that have cut global supplies.

However, these increases are totally insufficient to combat the climatic emergency. Indeed, about 300 GW of renewable energy capacity should be added every year until 2030 to meet the objectives set in the Paris Agreement.

To get an idea, this year has reached 200 GW as a whole, which, in order to respect these parameters, in 2020 a 150% stratospheric increase would have to be recorded.
The good news is that producing solar energy is getting cheaper. Costs have fallen 80% since 2010, making technology more and more competitive. The sun already represents, for the third consecutive year, more than half of the total of renewables that are added every year to the productive park. IEA sources point out that Europe, and in particular Spain, have contributed to accelerating its development (the effects of the end of the so-called sun tax are noted). On the other hand, China, which until now has been the locomotive of this industry, is undergoing the transition from a system of subsidized rates to a more competitive model and is putting the brake.

Also the wind turbines travels wind in stern. Onshore wind farm facilities will grow 15%, also the highest pace since 2015, thanks to the strong development in the US. in view of future fiscal facilities.

If the trend is upward in the short term, it remains the question of whether this propelling force can also extend in the following decades. In this sense, the forecasts – with all that this implies in such a distant horizon – of Bloomberg’s latest New Energy Outlook point out that yes, by 2050 the solar and wind energy will represent 50% of the energy produced by the planet. If you add the hydraulics, only a third would be in the hands of fossils by this date. As for coal, it should reach its peak in 2026 (Asia especially), and then undertake a progressive decline.

Now, for this to happen, new investments are needed. Specifically, these sources point to about 10 billion dollars. A huge figure, which will be disbursed before the possibility of increasing returns in this industry. Solar energy should represent up to 80% of Europe’s energy mix by 2050. But, in order to reduce warming at the limit of two degrees Celsius, says the study, the big step will have to be taken: “Assume the electrification of heating and transport ”. We are ready?

Renewables will close a bright year, the best of the last four. According to the latest forecasts of the International Energy Agency (IEA), 12% of installed capacity will be added. The double-digit pace returns after the downturn in 2018, essentially due to regulatory changes in China, in which it was the only negative year since 2001.

The news comes at a time of extreme tension for fossil energies, following the uncertainty experienced in the Middle East, with the attack on the refineries in Saudi Arabia that have cut world supply.

The push of renewables is produced thanks to the small boom in solar energy, which this year will pick up 17%.