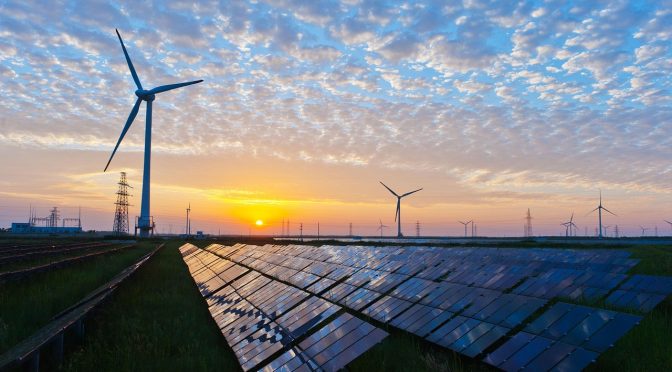 The portfolio, composed of the 250 MW El Mezquite wind farm in Nuevo León and the Solem solar photovoltaic project of 350 MWp in Aguascalientes, thus becomes one of the largest projects that have entered into commercial operation in Latin America.

The energy generated by these projects is sufficient to supply electricity to more than 200,000 homes in Mexico and contribute to avoiding more than 800,000 metric tons of CO2 emissions per year.

Osvaldo Rancé, General Director of Cubico Mexico, said: “These projects are fulfilling all the obligations contracted under the energy purchase and sale agreements (PPA) awarded in the second long-term power auction that took place in Mexico in September of 2016 “Most of the energy, clean energy certificates and the capacity generated by these projects are selling at very competitive prices to the supplier owned by the Mexican State, CFE Basic Supply.”

In addition to this portfolio, Cubico has two other wind projects in Mexico in an advanced stage of development with a capacity of 400 MW. These projects were awarded under the previous self-supply regulatory framework, which offers the benefit of a fixed transmission cost and a virtual energy bank. These projects are expected to complete their development phase during the first half of 2020, to begin construction immediately and begin operation in 2021.

Osvaldo Rancé added: “The fact that these projects were awarded under the previous regulatory framework, makes them especially specific assets, due to their competitive advantage in facilitating the obtaining of bilateral PPAs with commercial and industrial consumers, currently being the only medium and long-term auction route due to the temporary cancellation of the auctions ”.

Ricardo Díaz, head of Cubico for Americas, evaluated: “We are very proud of what we have achieved so far in Mexico, we have managed to position ourselves among the best companies in the renewable energy sector and we have built a multidisciplinary platform composed of highly experienced professionals , which allows us to continue growing, as long-term investors, both organically, and through strategic acquisitions. ”