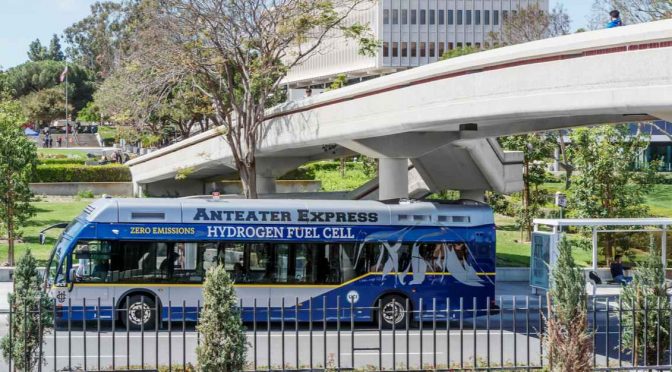 Hydrogen from renewables like wind energy and solar power can help tackle various critical energy challenges. It could particularly offer ways to decarbonise a range of sectors where it is proving difficult to meaningfully reduce CO2 emissions, a new report by the International Renewable Energy Agency (IRENA) on Hydrogen: a renewable energy perspective finds.

As world leaders gather in New York to discuss climate action solutions, IRENA contributed to building a community of stakeholders that look at the emerging solution of clean hydrogen. Led by the World Economy Forum (WEF), the initiative aims to explore the role of hydrogen in the energy transition and advance on the clean hydrogen agenda. At a side event hosted by WEF, IRENA presented key findings of its new report and emphasized the expected growing role of renewables-based hydrogen in the future energy mix. IRENA projects an 8% share of total global final energy consumption to be attributed to hydrogen by 2050.

Decarbonisation impacts depends on how hydrogen is produced. Current and future sourcing options can be divided into grey (fossil fuel-based), blue (fossil fuel-based production with carbon capture, utilisation and storage) and green (renewables-based) hydrogen. With massively falling cost of renewables, the potential of green hydrogen particularly for so called ‘hard-to-decarbonise’ sectors and energy-intensive industries like iron and steel, chemicals, shipping and aviation would become more compelling given the urgency to limit CO2 emissions. In that context, IRENA also supports the work of the “Getting to Zero 2030 Coalition” to achieve carbon emissions cuts in the global shipping sector by 2030.

However, deployment of hydrogen-based solutions will not happen overnight, IRENA’s new report cautions. Hydrogen might likely trail other strategies such as electrification of end-use sectors, and its use will target specific applications. The need for a dedicated new supply infrastructure may also limit hydrogen use to certain countries that decide to follow this strategy. While renewable energy and energy efficiency are immediately ready to be deployed at large-scale, hydrogen in combination with renewables could represent a complementary solution in the long run.