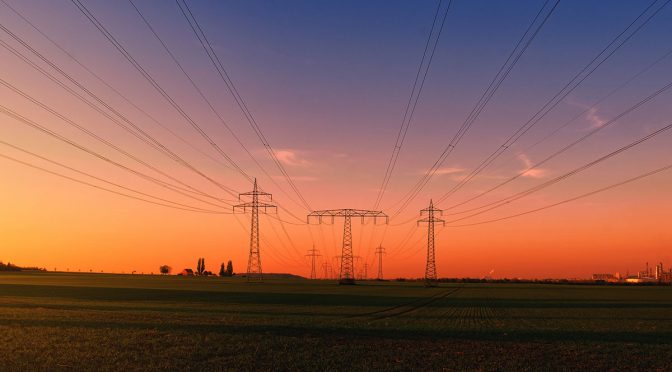 A preliminary investigation by UK Transmission System Operator National Grid to UK energy regulator Ofgem into the recent UK power outage has suggested that it resulted from a lightning strike.

The frequency – which is supposed to remain at 50Hz – fell to below 49Hz in a matter of seconds after the “near simultaneous” shutdown of the Little Barford gas-fired power plant and the Hornsea offshore wind farm on 9 August.

National Grid cited that grid issues began when lightning hit part of the network, causing 300MW-400 MW of capacity in the local electricity network to go offline. An outage of this scale should not normally have caused any grid issues.

But a lightning strike could potentially have sent a false frequency reading to both power generation sites causing their automatic systems to shut down as a safety mechanism. National Grid was unable to cover the twin outages as it did not have enough backup.

According to Ørsted, its Hornsea offshore wind farm experienced a “technical fault” which caused the wind farm to shut down, pulling 800 MW of electricity from the grid. “Normally the grid would be able to cope with a loss of this volume. If National Grid had any concerns about the operation of Hornsea One we would not be allowed to generate. The relevant part of the system has been reconfigured and we are fully confident should this extremely rare situation arise again, Hornsea One would respond as required.”

WindEurope CEO Giles Dickson said: “According to National Grid’s preliminary findings, a lightning strike set in motion a series of factors that caused two different power generation sites – gas and offshore wind – to go offline. This was an unfortunate occurrence which no one generator – wind included – is immune to or can predict in advance. We are still waiting for the full findings of the investigation, but National Grid has clearly said the issue was not related to the expansion of renewables.

“What this incident does highlight is the importance of investing in a flexible, modern energy system that can respond rapidly to changes in supply and demand. Both grid infrastructure and power markets must be fit for the expansion of technologies including wind and electric vehicles that will make up the 21st century energy system. We need to increase the flexibility in the energy system using tools like storage technology, demand response and balancing markets.

“Offshore wind energy is now 2% of all the electricity consumed in Europe. And with a big pipeline of projects, this number will rise significantly. The technology keeps developing: the wind turbines are getting more powerful and efficient so they capture more of the wind more of the time. And the costs keep falling. As offshore wind power continues to grow, the industry will continue to work closely with system operators to ensure it’s integrated into the grid in an optimum way.”