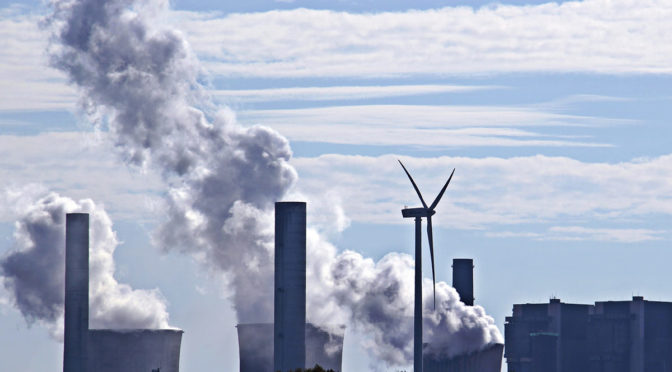 European countries’ National Energy & Climate Plans are meant to be their energy transition roadmap to 2030. But the draft versions of the Plans need significant improvements if the EU is to deliver on its 2030 renewable energy target.

Speaking at an event hosted by the European Climate Foundation alongside representatives of the Spanish Government, European Commission and Climate Action Network, WindEurope’s Viktoriya Kerelska said the Plans should serve as the wind industry’s investment brochures for the coming decade. The Governments that have the clearest ambitions and measures will attract investments, create the most jobs and deliver a cost effective energy transition.

The Spanish National Plan is currently one of few that makes a direct link between renewable energy ambition and the resulting economic benefits, Kerelska noted. Spain calculated that its pledge of 42% renewable energy by 2030 would translate into up to €25bn of additional GDP annually and more than 360,000 jobs in the renewables industry by 2030.

WindEurope has made its assessment of the Plans: “Our conclusion was: the measures in the plans are weak – we’re not going to get to the 32% RES target for 2030,” Kerelska explained.

As part of their plans, EU countries must give clear long-term visibility on their wind energy auctions including volumes, timing and budget. Only Germany currently outlines an auction schedule up to 2030.

Countries will also need to give clear and simple rules on planning and permitting. They should set up a ‘one-stop-shop’ and set out how they will simplify permitting for new and repowered projects. This is key, as getting a permit for new wind farms is becoming more difficult and more expensive in many parts of Europe.

The National Plans are supposed to chart the build out of new renewables capacity but also what countries will do with renewables that come to the end of their operational life between now and 2030. Up to 60 GW in the case of wind energy. But no country provides policies to deal with this. What’s more, only six countries even mention the issue (Belgium, Denmark, France, Germany, Italy and Spain).

And they need to include measures to simplify corporate renewable Power Purchase Agreements (PPAs) as mandated in the Renewable Energy Directive.

“The European Commission will be making recommendations on the draft National plans by the end of June. They will be critical to put the Plans back on track. Unless the recommendations are clear, detailed and country specific they will not be meaningful” concluded Viktoriya Kerelska.