It was the Parliament that fought for the 32% EU renewables target for 2030 – the European Commission and the Member States initially only wanted 27%. Last year the Parliament also pushed for more EU finance for renewables and R&D funding. And it secured key improvements to make Europe’s electricity markets ready for more renewables. Above all, the Parliament listens to an industry it considers a credible actor in the fight against climate change. This gives us a voice in EU policy-making and legislation.

Unfortunately the next European Parliament may be less friendly to renewables. You know the issue. Populist parties are gaining support. They are much less committed to fighting climate change than most mainstream parties. They’re generally still sceptical about renewables, despite all the economic benefits we bring: cheaper electricity; reduced energy imports and greater energy independence; local jobs and growth; and benefits to local communities. So these elections could be bad news for us. 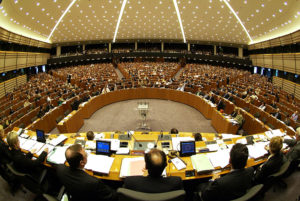 How many seats these populist parties win will depend crucially on turnout. The higher the voter participation, the less well they will do. Unfortunately, turnout at European Parliament elections has been falling since they started. It was only 42% last time.

The 300,000 people who work in the wind industry in Europe can make a difference. We’re therefore organising a campaign to encourage the industry to mobilise and vote. To help spread the message, we have prepared a ‘Go Vote’ campaign page. On it you’ll find shareable e-postcards with a simple message, “For more renewables, vote in the European Parliament elections 23-26 May”.