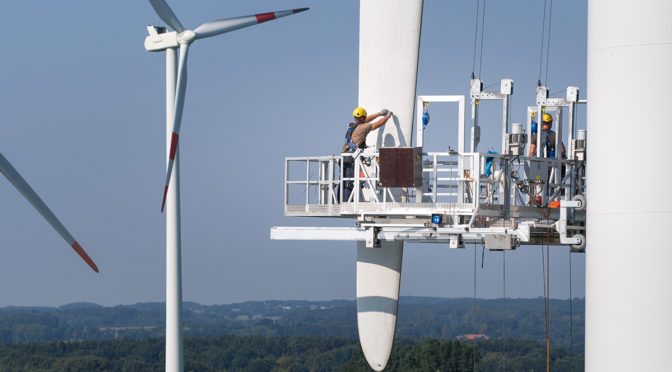 WindEurope today launched a campaign to mobilise the 300,000 people who work in wind power throughout Europe to go and vote in the upcoming European Elections.

This year could see parties that are less committed to fighting climate change gain ground. They are generally still sceptical about renewable energy, despite all the economic benefits it delivers: cheaper electricity; reduced energy imports and greater energy independence; local jobs and growth; and benefits to local communities. These parties thrive on low turnout, making these elections crucial.

That’s why WindEurope has launched a new campaign with the tagline: “For more renewables, vote in the European Parliament elections 23-26 May”. Targeting the 300,000 people who work in wind energy across Europe, the campaign aims to encourage voter turnout to ensure Europe remains on the right track in terms of its climate ambition.

WindEurope CEO Giles Dickson said: “These elections are crucial for renewables. The current European Parliament fought for ambition and got a 32% renewable energy target for 2030. Delivering this would mean wind becomes Europe’s number 1 source of electricity by 2027. But the growth of renewables is not inevitable. If there is low turnout in this month’s European Parliament elections, parties that are more sceptical about renewables could become very influential in the next five years. They could undermine all the progress Europe’s made so far. That’s why we’re encouraging people to get out there and vote. The 300,000 people who work in wind energy in Europe can make a difference”.

Go to the campaign page