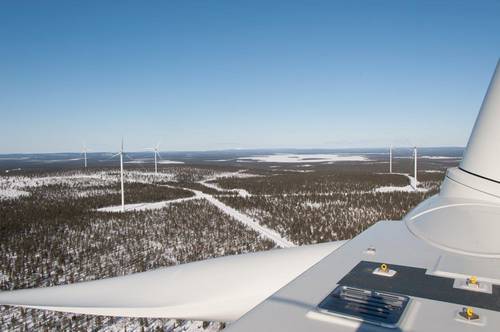 The country’s Wind Power Association has identified 11 subsidy free wind farm projects currently under development in Finland.
Finland would see “at least 300 wind turbines in operation without any subsidies” by 2021, with the number of investments set to grow amid power purchase agreements (PPAs), said the head of wind power developer WPD Finland.

“After discussing with other wind power developers, it is clear that in the coming year, this trend will continue in Finland in at least the same pace [as last year],” Heikki Peltomaa told Montel in an interview.

WPD Finland was one of four Finnish companies that made positive investment decisions for at least 238 MW of onshore wind farms last year, which would not receive any subsidies.

Instead, developers had guaranteed earnings via long-term PPAs with the likes of corporates such as Google, added Peltomaa.

“The electricity market is no longer a playing field only for large utilities and no longer only a subject to their pricing of electricity. The markets have opened up and thanks to new participants and new models such as PPAs we can offer to sell power for cheaper.”

The development had been made possible by advances in technology but Finland’s previous feed-in tariff subsidy system – which secured developers a minimum price of EUR 83.50/MWh for 12 years – had also played an important role, Peltomaa said.

The feed-in tariff scheme was replaced last year by a tendering process.

“Before the feed-in tariff system, Finland only had a handful of wind power developers. At the best when the system was in place, there were 20 developers, and now when the system has ended there remain well over 10.”

Demand for PPAs in Europe has taken off in recent years amid plunging costs of generating power from renewable sources, the phasing out of feed-in tariffs and companies looking to consume more green energy.