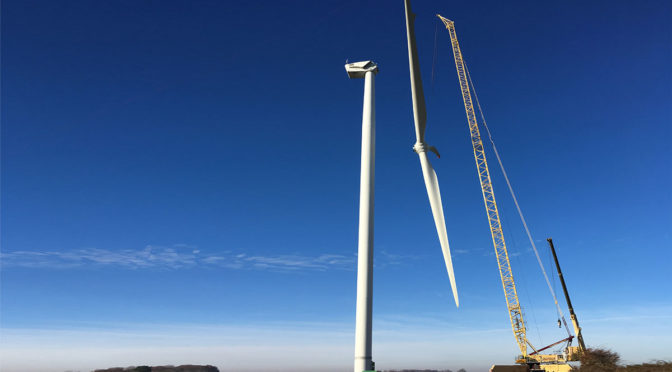 Electricity production from renewable wind power sources was at 26.1 terawatt hour (TWh) in 2018, compared with 22.6 TWh a year ago, and accounted for 5.5 percent of French electricity consumption during the year.

The ministry said solar power sources connected to the electricity grid rose 9 GW of installed capacity as of December 2018, short of its 10 GW target, after 862 megawatts (MW) of projects were added during the calendar year.

It said 11.5 GW of wind farm projects were in the pipeline.

Power output from solar panels connected to the French power grid produced 9.2 TWh of electricity in 2018, up 7 percent year-on-year and covered 2 percent of electricity consumption.

As of the end of December, 635 biogas projects have been installed to produce electricity across France, the ministry said, adding that these projects have a total capacity of 456 MW, including 26 MW added during the year.

Electricity from biogas generators rose 11 percent year-on-year to 2.1 TWh and accounted for 0.4 percent of French power consumption, the ministry said.

France is racing to triple wind power capacity by 2030 and multiply by five its solar generation and boost the share of renewables in its energy mix to 40 percent.

Frances hopes that this will enable it to curb its dependence on nuclear generation which accounts for over 75 percent of its power consumption.