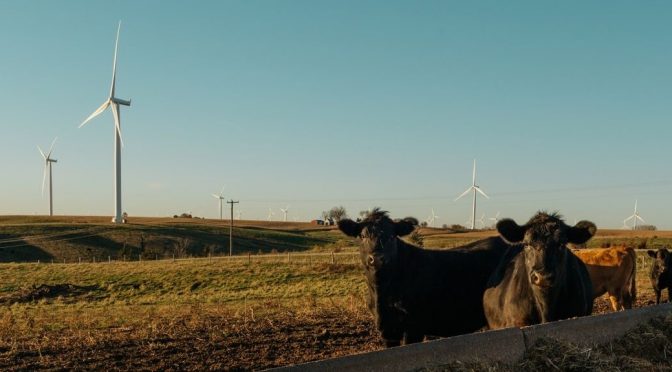 Today, the American Wind Energy Association (AWEA) announced the hire of Jeff Danielson to lead state policy advocacy efforts across Midwestern and Plains states. In his new role as AWEA’s Central Region Director, Danielson will advocate for pro-growth policies to help wind power expand and meet strong consumer demand for clean energy.
Prior to joining AWEA, Danielson served for 15 years as an Iowa State Senator, representing Hudson, Cedar Falls and Waterloo in Black Hawk County, and worked as both a career professional firefighter with the City of Cedar Falls and an adjunct professor of public policy at the University of Northern Iowa. Before that, Danielson served in the U.S. Navy for six years. He will begin work for AWEA on February 25th.

“I’m proud to announce an exciting new chapter in my career, even as two wonderful chapters of public service come to a close,” said Jeff Danielson. “Above all, I’d like to thank the citizens of Cedar Valley for allowing me to serve them for so many years in the State Senate and the Cedar Falls Fire Department.”

“Though my work for the wind industry will not be public service in the traditional sense, it is very much in line with what I’ve strived for throughout my career,” added Danielson. “I’ll be working for a wonderful organization dedicated to growing a homegrown American energy source that strengthens the economy, improves the health of communities, and makes us safer as a nation.”

Danielson is a past President Pro Tempore of the Iowa Senate and chaired the State Government, Admin, and Regulation Budget committees. He served as past Vice Chair of Appropriations, Transportation & Veterans Affairs. His committee work included Education, Economic Growth and Ways & Means. Danielson holds a degree in Public Administration from the University of Northern Iowa (UNI) and a Master’s of Public Policy from UNI as well. Jeff makes his home in Waterloo, Iowa with his wife Kim and two children, Brendan and Erin.

“We’re thrilled to have such a distinguished public servant join our team,” said Susan Williams Sloan, Vice President, State Affairs, AWEA. “He brings a track record of working across the aisle to get things done. From his service in Iowa—which leads the nation for wind as a share of electricity generation—Jeff knows firsthand the strength of a wind-powered economy. Working for AWEA, he will advocate to grow that success story with state governments across the heartland.”

AWEA defines the “Central Region” generally as states West of Ohio and East of the Rocky Mountains. This area has been called the American “Wind Belt” because it is home to some of the best wind energy resources and the largest share of U.S. installed wind capacity.

Danielson’s home state of Iowa is a national leader for wind power. In 2017, wind farms generated 37 percent of the electricity produced in Iowa, a larger share than any other state. Wind power employs nearly 8,000 Iowa workers and the state’s wind industry represents over $14.2 billion in private investment. For Iowa farmers, wind energy is a drought-proof cash crop generating land lease payments totaling $20-25 million each year. As wind power continues to grow in Iowa, the state will see these economic benefits expand.