The Cacao Wind Energy Farm is currently benefiting 20,000 homes in the Nicoya Peninsula, in Guanacaste province, in Costa Rica. 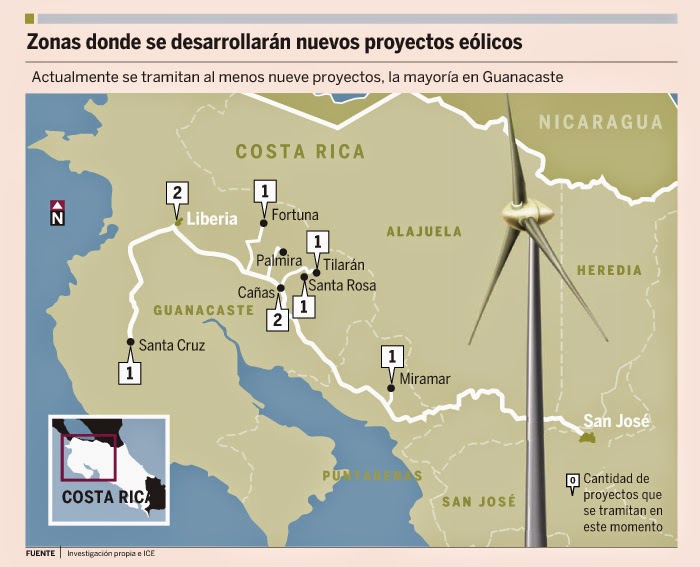 ‘With the construction of this project, we reaffirm as a government that Guanacaste is a province with great development in Costa Rica,’ Vice President Marvin Rodriguez said at the opening ceremony of the facility on Thursday, the second that Coopeguanacaste builds in that province, located in the northwestern region of the country.

After investing $51.8 million USD, the Cacao Wind Farm has high technological standards and has a capacity to provide 60.11 GigaWhatts (GWh) to about 127,000 people (20,000 households) to Guanacaste, Bernabela and Cacao communities.

Rodriguez said that ‘we recognize from the government the importance of supporting community projects, where its inhabitants exercise an active participation and they are just those who can enjoy the benefits.’

The vice president recalled that the administration of President Carlos Alvarado seeks to ‘decarbonize’ the economy, and use clean and renewable energies.

The new wind energy farm strengthens the solidary and universal electric model, a pillar of the cooperative’s philosophy and in keeping with the efforts promoted by the Presidential Council of the Social Solidarity Economy, he said.