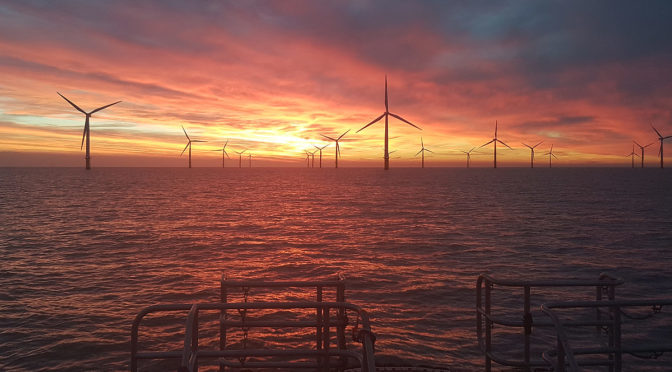 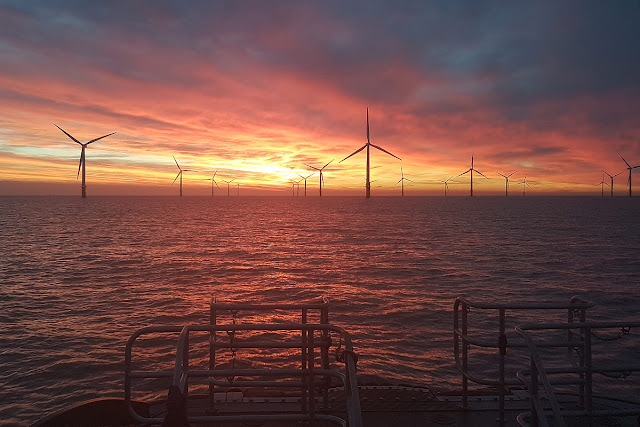 “Shell has bold ambitions to grow our renewable power business and we see great potential in U.S. offshore wind,” said Dorine Bosman, VP Shell Wind Development. “Gaining access to this acreage in New Jersey complements our successful entry to Massachusetts and our existing renewable generation business. Building on the strength of our brand and global presence allows us to continue providing our customers with more and cleaner energy.”

“The opportunity supports the EDF Group’s aim to double global renewable capacity to 50 gigawatts by 2030. It solidifies EDF Renewables ambitions to leverage its depth of experience in the European offshore wind market in the emerging U.S. market,” commented Tristan Grimbert, President & CEO of EDF Renewables North America.  “As the costs of offshore wind are declining, the U.S. offshore wind industry is quickly advancing with strong Federal and State support. The industry is well-positioned to meaningfully contribute to the New York and New Jersey economies through employment and supply chain opportunities.”

EDF Renewables already has 2,800 MW of offshore wind in development or operation in Europe- Belgium, France, Germany and United Kingdom, placing the company in a position to efficiently transform the U.S. offshore wind sector, beginning in New Jersey.

Shell first entered the onshore wind business in the U.S. in 2001.  Shell has operated offshore assets for decades, has a strong supply-chain network and is one of the largest power wholesalers in North America. These strengths allow Shell to continue to grow its position in renewable power to support the company’s renewable power goals. Today Shell has interests in five operational onshore wind power projects in North America and one operational offshore wind farm in Europe. Shell is also part of a consortium that will build and operate the Borssele 3&4 wind farms in Europe.

Atlantic Shores Offshore Wind, LLC will begin working to complete a site assessment plan and initiate formal development efforts on the site, and subject to a positive final investment decision, could bring the wind farm into operation by the mid-2020s.

EDF Renewables is a leading international player in renewable energies, with gross installed capacity of 14.2 GW worldwide. Its development is mainly focused on wind and solar photovoltaic power but also in other areas of the renewable energies industry such distributed energy and energy storage. EDF Renewables operates mostly in Europe and North America but is continuing to grow by moving into promising emerging regions such as Brazil, China, India, South Africa and the Gulf. The Company has strong positions in offshore wind power, totaling almost 2,800 MW including three projects along the French coastline with 1,500 MW in total capacity, and a 450 MW offshore wind project in the UK.  EDF Renewables operates more than 800 MW of offshore wind capacity with three projects: C-Power (325 MW) in Belgium, Teesside (62 MW) and Blyth (41.5 MW) in the UK, and the operations and maintenance of 400 MW of offshore wind capacity with the recent acquisition of a company specialized in this activity based out of Germany. EDF Renewables develops, builds, operates and maintains renewable energies projects, both for itself and for third parties. Most of its international subsidiaries bear the EDF Renewables brand. EDF Renewables is the EDF Group subsidiary specialising in developing solar and wind power.

Shell aims to make electricity a significant part of its business, from generating it to buying, selling and supplying electricity directly to customers. Our New Energies business is seeking to leverage the company’s strengths in fast-growing and commercial parts of the energy industry, such as offshore wind in the U.S.

Shell first entered the onshore wind business in the U.S. in 2001. Today, we have interests in five onshore wind power projects in North America and one offshore wind farm in Europe. In total, our share of the energy capacity from these projects is more than 400 megawatts (MW). Shell also has a 20% interest in the Blauwwind consortium that will build and operate the Borssele 3 and 4 wind farms off the Dutch coast. The wind farms are designed to have a total installed capacity of 731.5MW, enough to power around 825,000 Dutch households. Shell is a 50% shareholder in Mayflower Wind Energy LLC who is the provisional winner of block 0521 in Massachusetts, USA. Once constructed, the lease area in Massachusetts could accommodate a total generation capacity of approximately 1.6 gigawatts (GW), enough to power more than 680,000 homes with clean electricity each year.