IFC, a member of the World Bank Group, has arranged a pioneering financing package of up to $80 million to fund the construction of a new wind power plant in Jordan, near the town of Tafila, the latest in a series of efforts to boost renewable energy development in the country. 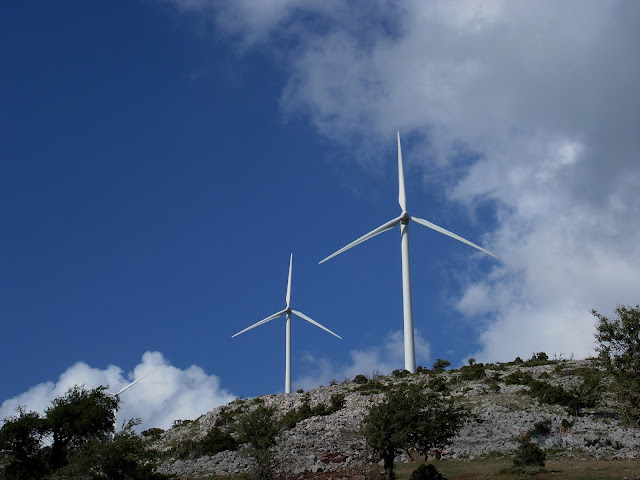 The 51.75-megawatt Abour Wind Farm in southern Jordan is being built by Abour Energy Company, which is a joint venture between Xenel International and AMEA Power. The financing package includes a $28 million loan for IFC’s own account, as well as mobilized parallel loans from the Islamic Development Bank. IFC structured the transaction as an Islamic Finance Ijara transaction, its first in the renewable energy sector in the Middle East and North Africa. IFC also provided the swaps for the financing package.

“As energy demand in Jordan continues to rise, there is an urgent need to ensure new sources of power,” said Emran Mohammed Alireza, director at Xenel International. “After developing 373 megawatts of conventional power in the country, Xenel continues to demonstrate its commitment to Jordan by developing, along with its partner AMEA, the Abour Wind Farm, which will add to the country’s renewable capacity, help enhance energy security, and help make electricity cheaper for consumers.”

Amjad Rawashdeh, director general of Jordan’s National Electric Power Company, said: “Our focus is to continue to diversify energy sources. IFC’s work and investment has been crucial in helping the development of the renewables in the country. We look forward to continuing this work.”

During the last two decades, the World Bank Group has played a key role in Jordan’s energy sector, aiding its unbundling and subsequent privatization through regulatory and financing support. IFC has also invested more than $300 million to support clean energy options in the country, enabling well over $1 billion in private sector investments in Jordan’s power distribution and generation sectors, including solar power.

“Jordan’s energy sector has been on a steady path of reform. Supporting renewable energy projects and opening the sector to private investments is a pillar of our work in Jordan and the region,” said Mouayed Makhlouf, IFC Director for the Middle East and North Africa. “We will continue to support the sector, replicating the scale achieved in solar and mobilizing new sources of private sector capital.”

IFC is also leading industry efforts to reduce the risks that wind farms can pose to birds in the flyway above Jordan – an important migratory path for many bird species. IFC engages different stakeholders, including multiple private operators of wind projects in the area, to assess potential negative impacts on biodiversity on a region-wide basis and agree on coordinated measures to mitigate them.

IFC—a sister organization of the World Bank and member of the World Bank Group—is the largest global development institution focused on the private sector in emerging markets. We work with more than 2,000 businesses worldwide, using our capital, expertise, and influence to create markets and opportunities in the toughest areas of the world. In fiscal year 2018, we delivered more than $23 billion in long-term financing for developing countries, leveraging the power of the private sector to end extreme poverty and boost shared prosperity.