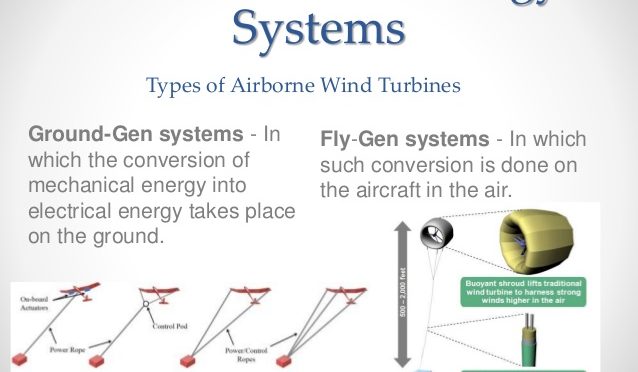 The new IDTechEx report, “Airborne Wind Energy 2019-2039” comes just as a new generation, zero-emission electricity production approaches a tipping point. The new generation addresses the new world of distributed power for mini-grids and microgrids and replacement of diesel gensets, so it is mobile with no infrastructure. Installation in one-hundredth of the time and making electricity where it is needed without power lines across the horizon: what is there not to like? Later, it will also serve national grids in a big way for several given reasons.

The new generation includes wave power taking first orders up to $200 million, tidal power from a boat with giant propellers underneath and for land and sea, Airborne Wind Energy (AWE) from kites and increasingly drones grabbing stronger, more consistent wind way above conventional wind turbines. They can even fly from a boat and rise through still air to those strong winds above. All can combine or compete with low cost solar with batteries but these new types are almost continuous in electricity production: they need little or no battery. That minimizes hassle from short life, cost, weight, space, poisons, and unreliability associated with large batteries. They can power the new robot farming from field to field and stop the 20% of deaths suffered in supplying fuel to advancing armies: no fuel now. Some AWE mounts on a pickup truck, but first sales are of larger transportable versions at 30-100kW this year and next.

The 234-page report “Airborne Wind Energy 2019-2039” is for investors, developers, manufacturers and product and system integrators, potential operators, regulators, and competitors. It covers over 40 organizations with thorough responses to developer interviews, some running to 35 detailed questions and previously unpublished presentations.

It reveals how careful niche marketing of multiple benefits into desalination, aquaculture, offshore oil and gas facilities and more now promises billion dollar sales. Learn how it will help to replace diesel gensets and leverage grid defection – people going off grid or using it merely as a backup.

The Executive Summary and Conclusions of “Airborne Wind Energy 2019-2039” gives definitions, players, regional differences, technology winners. See losers and trends, addressable markets, forecasts to 2039 mostly in easy-to-grasp infograms. For example, one shows the altitude vs. kW output and target markets of most of the participants’ systems today, where they will be in future and the considerable implications of that. Safety, wild life, real estate needs and more are analyzed. The independent IDTechEx forecasts are compared with those of interviewed participants and their forecasting track record.

Chapter 2 Introduction puts it in context with an emphasis more on needs, emerging competition from different technologies and other current issues rather than historical nostalgia. Understand the new world of off-grid, continuous zero emission power with rapid site approval and installation time but also how the new inventions do not directly compete with what went before. What are the societal and technological megatrends impacting all this?

Chapter 3 is extremely detailed, with profiles and extensive responses and thorough appraisal of the 19 most interesting projects. Compare technologies, plans, impediments to progress and predictions of all of them. New infograms and photographs detail latest achievements and learning. Many choices are appraised: fit-and-forget supercapacitors or batteries, airgen or groundgen, helical trajectory or figure of eight, wind farm sold to huge companies or single systems sold to others, LIDAR, present and future materials. Autonomy is important but for how much of the market and precisely what autonomy? Based on facts and expert opinions, choose no-fly zones with flights up to 2000 meters, sharing air space under air traffic control or low inefficient flights but all have a justification. Are two drones on a Y tether a realistic breakthrough to come, or groundgen rotating reel? What are the many user propositions that can be more important than the cost of electricity produced? What other purposes can AWE systems serve for multiple paybacks? Is killing bats and birds an issue? Will lightning kill people at AWE? Will storms and weaknesses cause unacceptable downtime? How should one electrically drive drone actuators and lighting? It is all in “Airborne Wind Energy 2019-2039” in the voices of both IDTechEx and the participants.