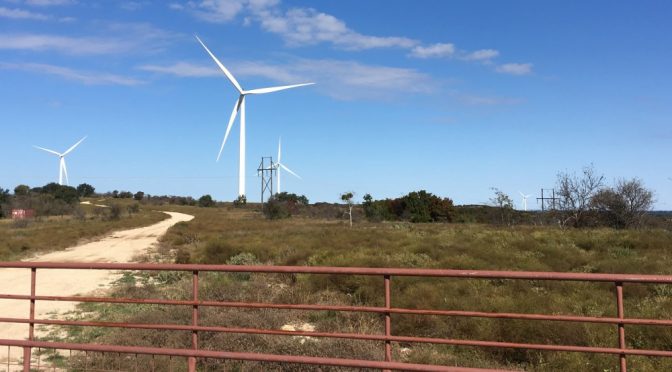 Electricity from wind power is harnessed through giant telltale turbines often seen on rural farm land. Large propellers spin around a rotor, which generates energy that is transformed for use in traditional power grids.

According to various sources, the renewable resource provided between 14 and 17 percent of all in-state energy production last year, with potential for more capacity through projects in progress.

San Antonio is one of the country’s largest municipal wind buyers. Wind farms in West Texas and the Gulf Coast are capable of generating enough electricity to power around 240,000 homes.

How does energy sourced from wind farms get to cities like San Antonio? Why is wind power so succesful in Texas? Should the state invest more in this renewable resource? Are there any downsides to harnassing wind energy?