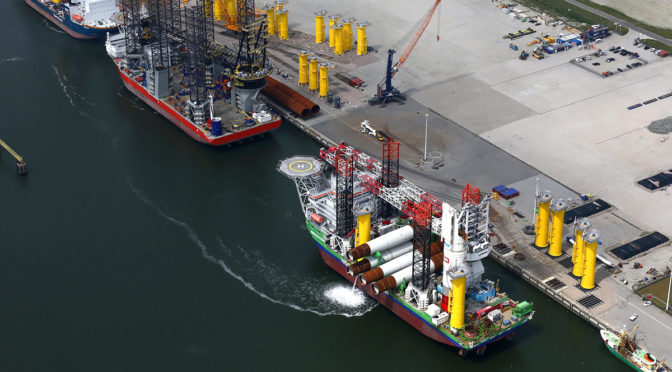 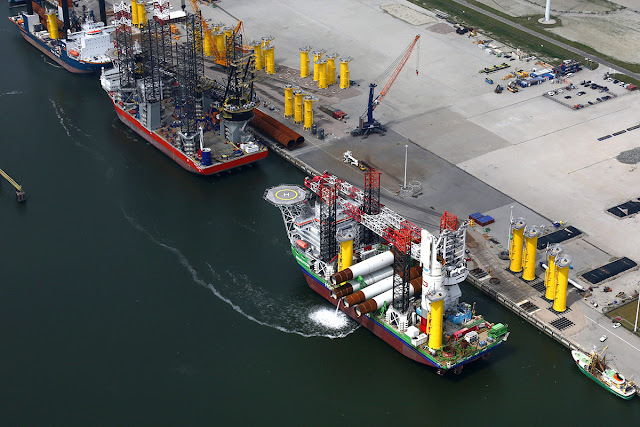 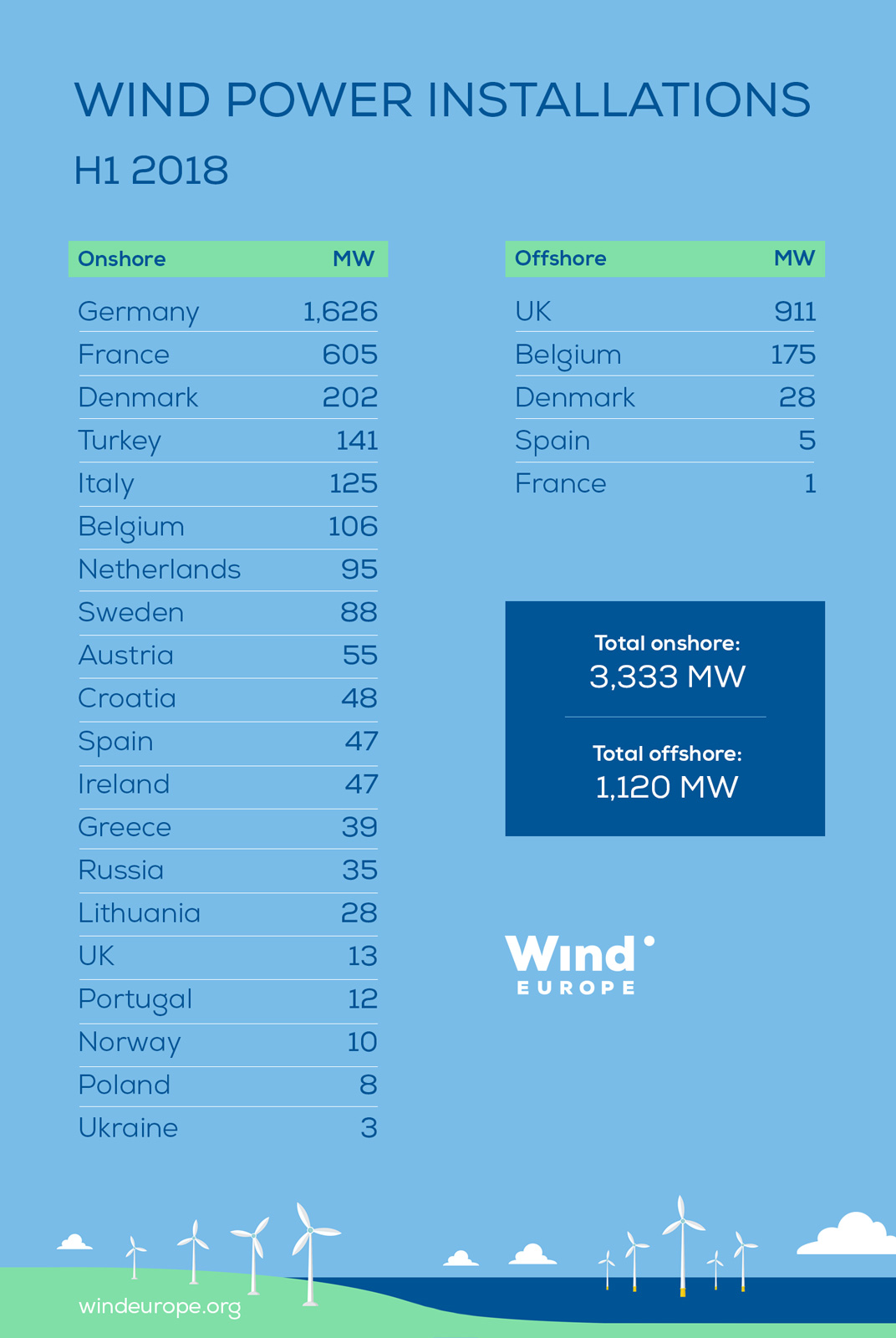 WindEurope Chief Policy Officer Pierre Tardieu said: “We are on track for a solid year in new wind farm installations but the growth is driven by just a handful of markets. The figures also mask some worrying trends.

“France has installed a lot of new onshore wind this year but they haven’t issued a single new permit for onshore wind permit in the last eight months because of an administrative issue – which has also resulted in their latest auction being under-subscribed.  So there’ll be a drop-off in their new build now, creating uncertainty in the supply chain.

“In Germany it’s good that projects now need a permit to bid into onshore auctions, but that rule now needs to be made permanent. Also, there’s no clarity yet on when the 4 GW new onshore wind promised in the coalition agreement for 2019-20 is going to be auctioned. And the new Government is slow in confirming the auction volumes beyond that. Like all Member States they now need to give five years’ visibility on future auction timetable and volumes – under the terms of the new Renewables Directive.

“This visibility is key to the supply chain and to keep wind energy jobs and growth in Europe. Investments in manufacturing, skills and R&D only happen when governments give long-term visibility to the supply chain. This clarity helps them to make new investment decisions and bring down costs. Addressing these issues will be key to enable Europe to meet its target of 32% renewable energy by 2030 cost effectively.

“And in offshore wind, Europe is too dependent on the UK, which is striding ahead in current installations and in committing to future volumes. By contrast, the rate of new installations has slowed down in Germany. Other countries also need to beef up and speed up their plans on offshore wind.”