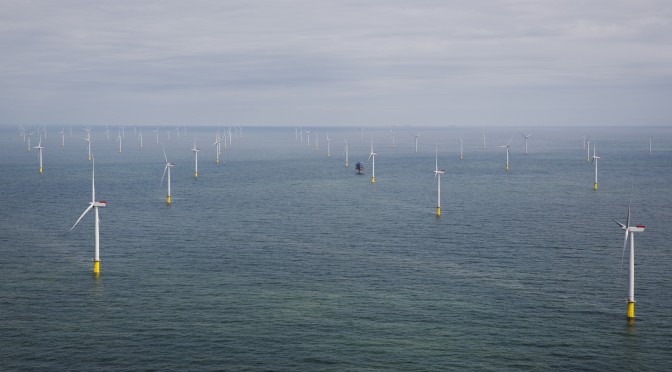 The European Union is funding and providing technical assistance in the preliminary implementation of the tentative capacity of 200 MW.
Work on the ambitious 1,000 MW wind power project planned off Gujarat’s coast, the first such project in India, is set to commence as the Request for Proposal (RFP) is expected to be issued by next month, a senior Gujarat government official said.

The 1,000 MW project, to be undertaken jointly by Union Ministry of New and Renewable Energy and state government, is proposed to come up 12 nautical miles off Pipavav coast.

“The MNRE had invited expressions of interest, and it received response from 35 companies. Meetings about the project are slated for July 23 and 24. We expect RFP for the project to be issued by next month,” Raj Gopal, principal secretary of energy & petrochemicals department, told reporters.

He said that a number of European countries such as Belgium, Netherlands and Denmark, have successfully developed such projects.

The wind turbines will spread over seabed of hundreds of square kilometres.