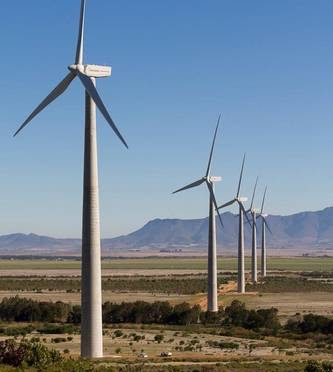 announced the successful completion of financial close for two wind farms in South Africa that have a combined capacity of 250 MW.

A consortium led by Mainstream was awarded the contracts for the wind farms by the Department of Energy in South Africa under the fourth round of the Renewable Energy Independent Power Producer Procurement Programme.

The wind farms, which are located in South Africa’s Northern and Western Capes, represent an investment of approximately 6.6 billion Rand and are expected to commence construction June 2018.

“Our team here in South Africa is really excited to reach financial close and start constructing these two projects, which will bring a 1.1 billion Rand community investment over 20 years once they start operating in 2020,” Hein Reyneke, Mainstream’s general manager for Africa, said. “Importantly, we are looking forward to the results of the expedited fourth round of the REIPPPP being announced soon, as well as further rounds, which are vital to securing a sustainable long-term, least-cost energy plan for the country.

“Mainstream has been investing and building a local team in South Africa for almost a decade, and with a portfolio of more than 3,000 MW of wind and solar projects under development here, we are delighted to be making a significant contribution to building South Africa’s low-cost and low-carbon power system whilst boosting rural communities,” he added.