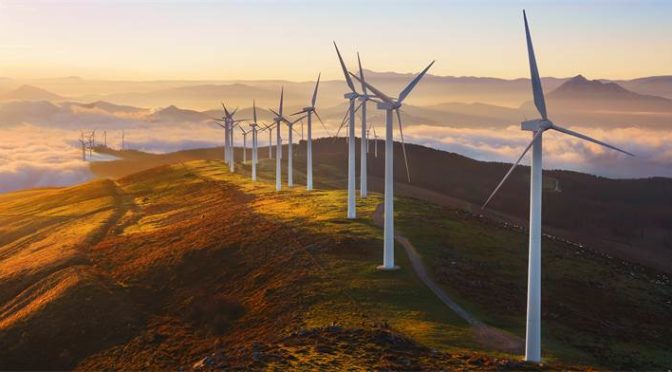 The two companies today announced that the venture would include 30 3.2-megawatt wind turbines – a total capacity of 96 megawatts. The project was commissioned by Emek Habacha Wind Energy, owned by Enlight Renewable Energy Ltd. (TASE: ENLT) (60%) and AA Ben-Dov Wind Energy (40%).

The project is the largest of its type in Israel in wind energy, and at full capacity can supply electricity to a medium-sized city. The project includes construction of a hybrid sub-station, laying 22,000 tons of concrete and 4,000 tons of iron, 15 kilometers of access roads, an electrical system to collect the energy produced, an operations and maintenance building, a communications system for remote monitoring and operation of the station, a connection to the electricity grid, and more.

Minrav also reported that it had won a Ministry of Defense tender to construct buildings and infrastructure on the Ramot campus in Beer Sheva. The two-year project will cost NIS 125 million plus VAT. It will include foundation, development, and construction work on seven buildings, including residences, training buildings, and an auditorium – a total of 15,000 square meters.

Israeli said today, “According to figures from the Public Utilities Authority (electricity), renewable energy product currently accounts for only 2.6% of total energy, while the government’s targets for electricity production from renewable sources in 2020 are 10% in 2020 and 17% in 2030. We therefore expect energy projects to be an important growth engine for Nextcom in the coming years.”

Minrav said, “The deals are projected to contribute in the short-to-medium term to the revenue and profits of the company’s construction sector. We are constantly considering new deals and are currently taking part in a number of additional tenders. If we win these, it will make a strong contribution to the company’s business and profits.”