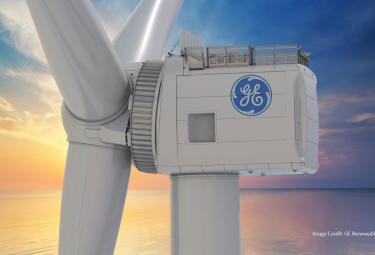 GE Renewable Energy today announced its first wind energy project in Chile with Arroyo Energy Compañía de Energías Renovables Limitada. GE will be supplying six 3.6 MW turbines with 137-meter rotors and 110 meters tower. The machines will be installed at El Maitén and El Nogal wind sites in the south of the country, representing a total of 21,8 MW. This agreement is a testament to GE Renewable Energy’s commitment to growth in Chile, enabling greater accessibility to sustainable and reliable energy. The country has 1.7 GW of wind power capacity installed and 4.9 GW of renewable energy capacity overall. The government-led “Energia 2050” plan states that about 60% of the country’s demands should be met with renewable energy sources by 2035, and 70% by 2050.

Vikas Anand, General Manager for GE’s Onshore Wind Business in the Americas said “We’re excited to build on GE’s 90 years of presence in Chile and bring Renewable Energy into the mix. GE believes in Chile’s energy sector as a motor for development and we are determined to use our state-of-the art wind technology to harness the vast wind potential in the country.”

The 3MW platform is ideally suited for low wind speeds and the constrained land environments where wind farms are developed in Chile. GE’s 3.6-137 turbine is capable of providing up to 28% more Annual Energy Production1 than a previous generation of turbines.

Julio Friedmann, CEO of GE in Chile said “This is a huge step for GE in the region. Chile once more demonstrates its strategic value to the company and its long-term vision, setting an example to Latin America how the Energy sector should be in the future”.

GE Renewable Energy is attending AWEA Windpower Conference in Chicago, Illinois, on May 7 – 10. Visit us at booth #4224