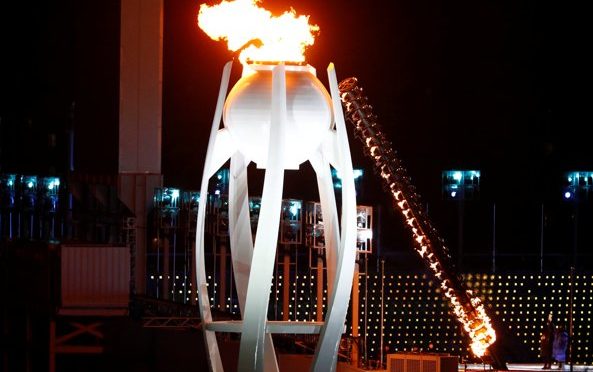 Last night my husband and I sat down to watch the women’s snowboarding halfpipe final in the Winter Olympics. In case you missed it, Californian Chloe Kim lived up to expectations and clinched the gold medal for the U.S.

Of course, working in the wind industry, I was nearly as excited by her win as what I saw when an aerial shot of the Bokwang Snowpark flashed on the screen. From the top of the halfpipe, a line of wind turbines dotted a nearby mountain ridge. Athletes could see the machines spinning in the distance as they prepared for their runs. How cool!

We count on athletes to perform under pressure, and the Olympics are counting on wind power. The wind farm fits into the Olympic’s sustainability goal to “create an environment legacy” after the games are finished. While the strong winds in Pyeongchang have been an issue for competitors in events like Apline skiing, they are delivering a reliable source of clean electricity via the nearby wind farm.

Seeing the wind project got me curious about the state of wind energy in South Korea. It turns out the country has big plans for renewables. They aim to meet 20 percent of their total electricity demand with renewables by 2030. In December 2017, the South Korean energy ministry called for an additional 16.5 gigawatts of wind power.

South Korea’s first offshore wind project came online on November 17, 2017, about a year after America’s Block Island Wind Farm went live. Located off the coast of Jeju Island, the Tamra Offshore Wind Project is comprised of 10 turbines that produce enough power to cover the electricity needs of about 7,000 Korean households.

I don’t know about you, but I’ll be watching the men’s halfpipe final tonight, hoping to catch another glimpse of the wind project!