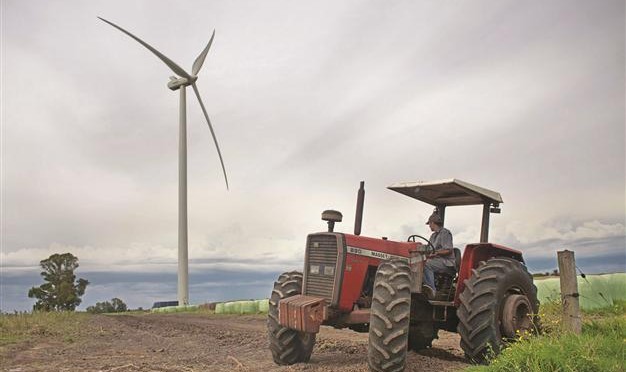 Potential developers were invited by Turkey’s grid operator TEIAS to bid for grid access slots of specific capacity in 38 of the country’s 81 provinces. Bids were submitted based on the level of discount developers would accept on the US$0.073-per-kWh feed in tariff (FiT) awarded to projects during their first ten years of operation – a rate set out in Turkey’s 2011 renewable energy law.

Winning bidders were awarded both the access slots and a pre-licence for a wind plant of the same capacity issued by Turkey’s energy regulator Enerji Piyasas? Düzenleme Kurumu (EPDK).

Only one grid access slot of 20 MW was not allocated, having received no bids.

Bids varied from discounts of as low as a tenth of a cent for a slot at a location with low wind speed, up to US$0.0287 per KWh for a slot in a prime coastal location in north west Turkey with high average wind speed.

Pre licenses are issued on the understanding that developers will submit all documentation and permits for development of the plant to the EPDK within a fixed period together with proof that they have the financial capacity to develop the plant, after which a full generating license is issued.

Developers who fail to meet these requirements lose both their pre-licence and their rights to use the grid access slot, which can then be re-tendered. The system was introduced to prevent the development of a secondary market in projects holding generating licenses awarded to companies which lacked either the technical or financial ability to construct the plant.

Turkey currently has 153 operational wind power projects totalling 6.28 GW of capacity, with a further 87 totalling 3.73 GW licensed and under development.

Prior to the recent tenders, a further 39 projects, worth some 1.62GW, also held pre-licenses.

Data published by the Turkish Wind Energy Association (TUREB) in December showed that the sector has garnered US$12.3 billion in investment over the past 11 years, US$5 billion of which was secured in 2017 following major projects developed under the Turkish Renewable Energy Resource Zone Project (YEKA) strategy. Around 8% of the country’s electricity now comes from wind.