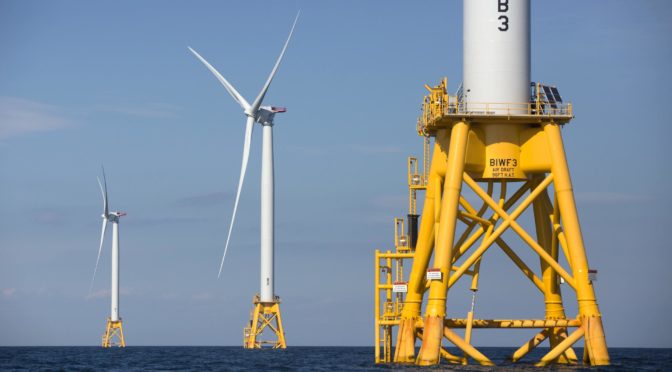 The nation’s first offshore wind farm on Block Island celebrated its one-year anniversary this week. And tourism on the Island is up…because of the wind turbines.

“You can’t always rely on mother nature. As we all know, sometimes the fishing stinks and now you can just say, ‘Alright let’s go look at this engineering marvel three miles from the Island.’”

But Jessica Willi says although tourism has gone up, offshore wind energy companies should consider tourism more often and earlier in their development process.

This report comes from the New England News Collaborative, eight public media companies coming together to tell the story of a changing region, with support from the Corporation for Public Broadcasting.