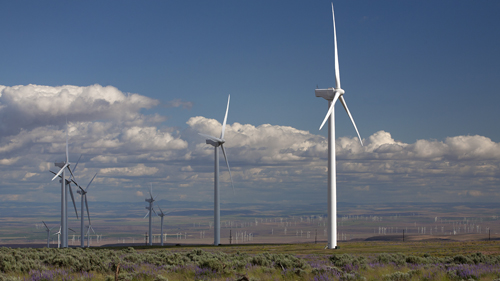 If all you knew about the beach was what you saw in the movie “Jaws,” you’d never go. Yet 58 million Americans a year go to the shore.

Context matters. And that’s exactly what is lacking in a recent report by GateHouse Media that amplifies the complaints of a small number of the millions of Americans living near wind farms, while downplaying the vast majority who welcome the benefits of a new cash crop for rural America.

GateHouse appears to have set out to write a negative story about wind energy. First their reporter probed the idea that foreign companies were buying up American cropland. (They aren’t. Farmers keep their land and get lease income.) GateHouse then was fed anecdotal reports by opponents of wind farms online, while declining multiple offers to interview people satisfied with their local wind farm.

For nearly six months, both AWEA and wind developers responded to pointed questions and offered much-needed context to the GateHouse reporters. When offered positive accounts of wind farms in rural America, however, we were told they wouldn’t be included because the story of positive experiences had already been written.

The result, according to a watchdog group’s in-depth look at the origins of the GateHouse project: Its “anti-wind article leans almost entirely on anecdotal evidence” that “flies in the face of actual science.”

It paints a deeply inaccurate picture of wind power in America, based on a cherry-picked sampling of unhappy individuals.

As with other large-scale infrastructure projects, residents living near wind farms will have a variety of experiences. Undoubtedly, there are some people who do not like living near wind turbines. We are sympathetic to those individuals. AWEA and its member companies strive to ensure that wind farms are good neighbors, while leaseholders and communities around wind projects have the best possible experience.

But the context is that the vast majority of people living near wind farms report positive experiences. In the U.S., 20 million people live in counties with wind turbines. Around the world, tens of millions more live near wind turbines without issue. Once wind farms are built, as shown by polls taken recently in states such as Texas and Iowa where wind turbines have been widely adopted, concerns tend to diminish and support for building more of them has increased to 85%, 90% or even higher.

However, GateHouse refused to speak with people willing to tell their positive stories about living near wind farms.

For example, we recommended that their reporters connect with Paul Jackson, Director of Economic Development for Benton County, Indiana. Benton County is home to nearly 600 wind turbines, and the community is overwhelmingly supportive, yet Gatehouse declined to speak with Paul. Here’s a sample of what they would have heard about living with wind had they made the call:

Communities across the country echo Benton County, as in upstate New York:

A variety of recent research shows that wind energy saves lives and improves health. By cutting air pollution, wind and solar power helped avoid up to 12,200 premature deaths, 2007-2015, and wind avoided $7.4 billion in health costs in 2016 alone. Over 20 peer-reviewed scientific studies have considered whether proximity to wind turbines causes physical harm and concluded it does not. Credible research from MIT, the Massachusetts Department of Public Health, the Wisconsin Department of Public Health, and Canada’s equivalent of the Department of Health and Human Services bears this out. New research into the “nocebo effect” (the opposite of the well-known placebo effect) shows that the perception of effects from wind farms can actually be caused by the spread of misinformation.

Developers spend years planning wind farms prior to construction, informed by advances in modeling and siting and over 35 years of experience operating the now over 52,000 wind turbines in America. Issues such as sound and shadows are considered and addressed in state or local permitting processes. In case after case, wind developers bend over backwards to address local concerns.

It is unfortunate that someone may be unhappy with the outcome of a permitting process, but that is true of any type of development. The reality is that no human activity garners a 100 percent approval rating — from roads to cell towers to farming operations.

Communities are the lifeblood of wind energy

The U.S. wind industry will continue working hard to ensure that farmers and ranchers who obtain turbine lease, and communities that host the resulting wind farms, have the best possible experience. We’re proud of the good jobs and economic opportunities our projects create for rural America, and we want to get as close as possible to 100 percent approval. By choosing to completely ignore the overwhelming number of positive experiences with wind energy, GateHouse’s reporters have done their readers a disservice and may be causing the nocebo effect themselves.

For another look at the GateHouse report, see this in-depth analysis.