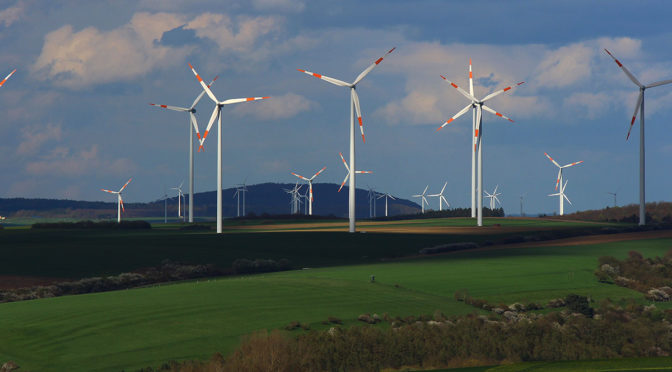 The results are in from the latest German onshore auction and costs have fallen again. The average support price is €38/MWh. The lowest bid was €22/MWh.

The auction was oversubscribed. 210 bids were issued with a volume of 2591 MW. The German federal network regulator awarded 1004 MW to 61 projects. 60 of the 61 winning projects are community wind farms, representing 99.2% of the capacity auctioned.

‘Pay as clear’ rules apply to the community projects, meaning all these will get €38.2/MWh. Most projects were awarded to North Rhine-Westphalia (17) and Brandenburg (16). They won around 270 megawatts each.

“It’s good to see the costs of onshore wind falling again,” said Pierre Tardieu, WindEurope Chief Policy Officer. “The previous two auctions yielded prices of €57.1/MWh and €42/MWh. Now we’re already at €38/MWh. This cost reduction is driving wind energy to become the leading source of electricity in the EU soon after 2030, as recently stated by the IEA.

“But this auction also raises the concern that Germany is set for a slowdown in installations in 2019 and 2020. The current auction design give so-called community projects longer lead time to build the project. A slowdown and non-realisation of certain projects will hit manufacturers, suppliers, and others in the supply chain. It’s unsettling to see this slowdown in Europe’s leading market at a time of increasing global competition.

The system also allows community projects to bid without a permit. Ordinary projects are at a competitive disadvantage as they are locked in the existing technologies specified in their permits. Community projects on the other hand can factor in the better yields of future turbines when bidding.

“These shortcomings in the auction design were already recognised after the first onshore tender in May this year. Having a permit needs to be a prerequisite for participation in onshore auctions in 2018 and beyond.”