The 300 million euro, 158 megawatt (MW) Cibuk windfarm is to be built 50 km (31 miles) northeast of Belgrade and is aimed at helping diversify the country’s energy mix and reduce its carbon dioxide emissions. 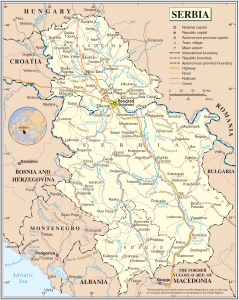 It is one of several due to be built in the next few years in Serbia, which produces 70 percent of its energy from coal and the rest from hydro power.

The windfarm will have the capacity to supply 113,000 households and comprise 57 wind turbines supplied by General Electric.

It is expected to connect to the grid in the first half of 2019.