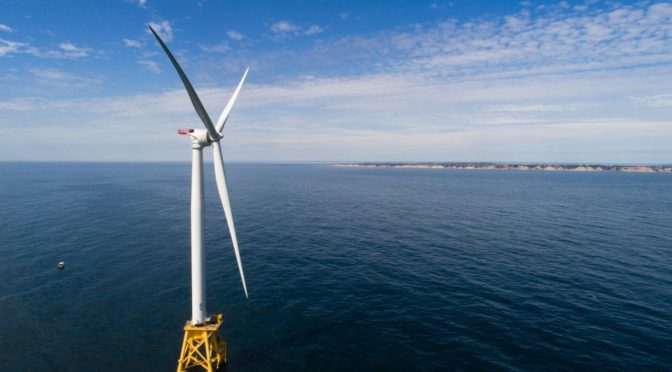 A few weeks ago, we reported on recent findings that offshore wind turbines create new habitats for fish and other marine life by acting as artificial reefs. And these are big homes– a single wind turbine can support up to four metric tons of shellfish.

Now we have photo evidence of the phenomenon.

Last week, our videographer Daniel Turner traveled to Rhode Island to see things for himself. It turns out that, besides being a great photographer and videographer, Daniel is also a certified master diver. A full video, complete with local fisherman interviews, is under production, but in the meantime, here are some early photos and videos of the fish and mollusks Daniel encountered under the sea. The structures seen here are the bases of the Block Island wind farm’s five turbines.