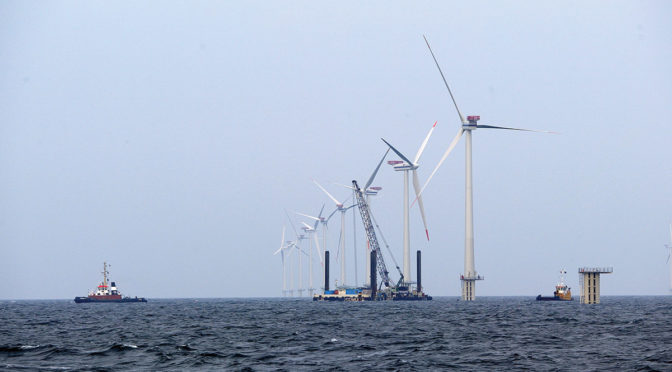 In East Africa, Kenyan authorities’ failure to approve the development of a 600MW offshore wind farm in the Indian Ocean waters bordering Ras Ngomeni in Malindi, has resulted in the developers considering moving the project to Tanzania.

According to Kenya’s Business Daily, the Swedish firm VR Holding AB, which is the developer of the wind power project, expressed frustration at the authorities lack of action.

In their defence, the Ministry of Energy officials turned down the request, citing lack of a framework for renewable energy projects of that scale.

As such, the firm’s executives said they have opted for investment in Tanzania, which shares the Indian Ocean coastline with Kenya, media reported.

An executive from the company, Victoria Rikede, said: “We have opted to look at offshore solutions for Tanzania. Kenya is proving to be a very difficult place and besides the grid is too weak to absorb all the power produced and therefore mini-grids is the solution for now.” Read more…

However, Tanzania’s acting commissioner for Energy and Petroleum Affairs, Innocent Luoga, told The Citizen that the investors had yet to officially communicate with his office.

Luoga said: “When it happens, I am sure they will most definitely approach Tanesco [Tanzania Electric Supply Company], who will in turn inform us [the government] to plan a meeting.”

The Citizen cited documents seen by Business Daily, which indicated that Kenyan authorities, upon receiving the 600MW project application, had directed the Swedish company to construct a smaller project.

Media further reported that the Kenyan Ministry of Energy had stated that the magnitude of power plant would leave the country paying billions of shillings annually for electricity not used.

“The company was to give us a proposal for a smaller capacity plant of 50MW. They are yet to do so,” said Isaac Kiva, the director of renewable energy at the ministry.

The Malindi offshore location was identified by the World Bank, according to the Swedish firm’s executives.

In rejecting the mega power plant, the ministry considered a phased implementation that brings power on stream gradually, in tandem with growth in consumer demand.

Kiva added: “Wind is an intermittent power source and, therefore, we cannot approve such a big plant in one location since it will come with huge costs tied to power supply reliability and transmission.”

The only project outside this limited framework is the 310MW Lake Turkana Wind Power in northern Kenya. But despite having being completed, electricity is not used due to lack of a transmission line.