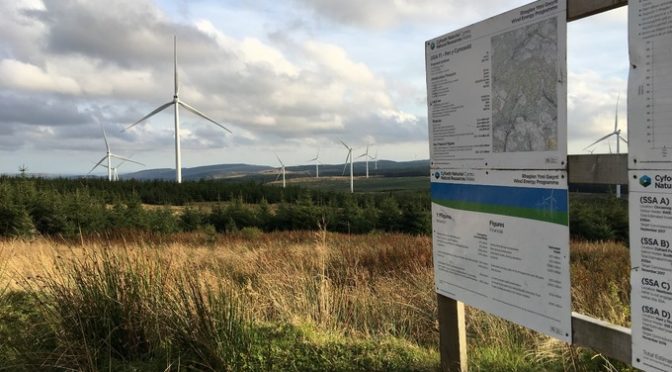 Vattenfall revealed a major boost for the Welsh economy at the inauguration. The Swedish energy group said that 52% of its £400mn investment to build the Pen y Cymoedd Wind Energy Project has gone to businesses in Wales, securing work for more than 1,000 workers in Wales over the past three years. 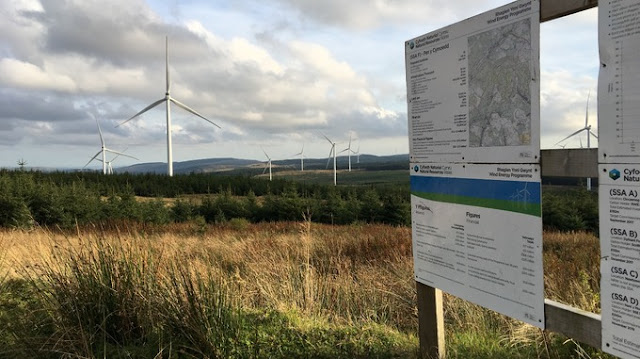 The First Minister, said: “Wind power is a key part of our efforts to build a sustainable low carbon economy for Wales. I am pleased we were able to support this project, which has shown how the local community, the Welsh economy and people right across the country can benefit from such a scheme.”

Magnus Hall said: “Pen y Cymoedd boosts Wales’ drive to carbon reduction, it accelerates Vattenfall’s shift to be fossil free in a generation and it helps the Welsh economy to grow.

“Vattenfall and our contractors have spent £220mn in the Welsh economy since construction started in 2014, 52% of the total investment we have made in Pen y Cymoedd. That is quite an achievement and one we will want to repeat if we get the chance to build other wind farms in Wales. We are in Wales to grow.”

During construction, more than 1,000 workers from Wales helped build the wind farm. For the next 20 years or more, Pen y Cymoedd will employ 23 skilled wind farm technicians and support staff from the local workforce.

Huw Jones, Chairman of Jones Bros Civil Engineering, which built the scheme in a joint venture with Balfour Beatty, said: “Pen y Cymoedd has been a fantastic contract, not only for the business, but also our 350 employees and their families.  Around 90 per cent of our employees are Welsh, and it’s fantastic that so much of the investment into the Pen y Cymoedd workforce has been going straight back into the Welsh economy via their pay packets.

“To be able to work on more onshore wind farms in Wales would mean more good news for the business and the Welsh families it supports.”

Diane McCrea MBE, Chair of Natural Resources Wales, said: “The environment is our most valuable natural asset and Pen y Cymoedd, constructed on land NRW manages on behalf of the Welsh Government, is an excellent example of the right development in the right place.

“We have worked closely with Vattenfall to deliver this project, which not only stimulates positive economic change for Wales, but also puts NRW at the forefront of Welsh Government’s low carbon economy, climate change and green growth programmes – all aligned to our purpose of managing the environment and natural resources sustainably.”

In an average year, Pen y Cymoedd will power the equivalent of 188,000 UK homes, about 15% of Welsh households. Operational since spring 2017, the project will have paid back its carbon footprint by 2020 and will continue generating fossil fuel free electricity till at least 2037[1]. Pen y Cymoedd will displace in an average year 300,000+ tCO2 from fossil fuelled generation, based on current levels of carbon dioxide emissions from the power sector.