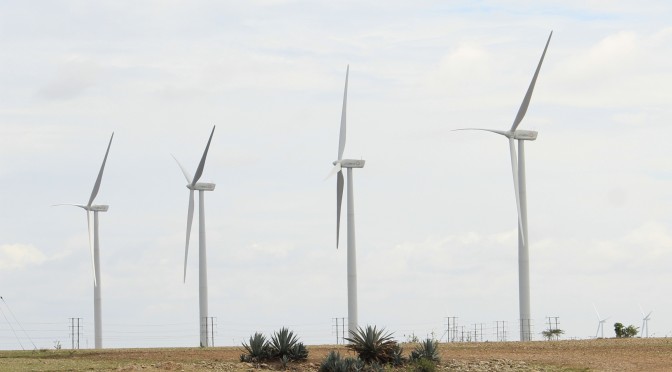 Engie and Dubai-based private equity firm Abraaj Group, which manages US$11 billion in assets, have agreed to develop a wind power platform in India to leverage the Asian country’s ambitious renewable energy targets.

The companies said they have identified a pipeline of wind power projects accounting for 1 GW of power. They didn’t provide any other details about their partnership.

The Asian country also has a goal to produce 40 per cent of its cumulative electric power capacity from non-fossil fuel based energy resources by 2030.

Power demand in India, which is growing at around 10 per cent per year, is fueling demand for renewables. India is also a signatory to the climate accord, the Paris Agreement.

“The Indian renewables sector has seen strong growth in recent times and we expect demand for power across the country will continue to increase,” said Saad Zaman, a partner at Abraaj.  “Buoyed by a strong regulatory framework, the renewables sector is a significant long-term, sustainable investment opportunity for Abraaj. Wind power generation today is approaching grid parity and offers a competitive solution to lower average power pool prices.”

Abraaj, which has invested over $1bn in the energy sector, partnered in 2015 with India’s Aditya Birla Group to build a 1 GW scale solar energy platform in India. This year  Abraaj acquired a majority stake in Jhimpir Power, a 50 megawatt wind power project in the Jhimpir wind corridor in Southeast Pakistan.