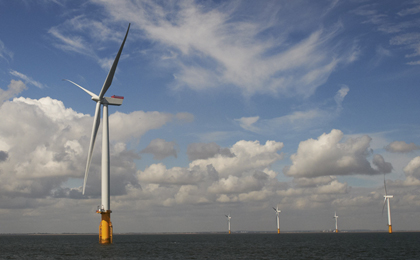 Dong Energy has completed decommissioning of the world’s first offshore wind farm at Vindeby off Denmark.

The company has removed 11 Bonus 450kW turbines at the 26-year-old installation with blades, nacelles and towers being dismantled by a jack-up vessel.

Dong said the concrete foundations were broken down on site, mainly by hydraulic demolition shears and a hydraulic hammer.

All the turbine components and foundation parts were shipped to shore in Nyborg Harbour, the Danish utility said.

Dong will use the components where possible as spare parts for other wind turbines, with the blades to be used in a research project at DTU Risø and for a noise barrier scheme.

About 20 workers took part in the dismantling, which was carried out in water depths of two to five metres.