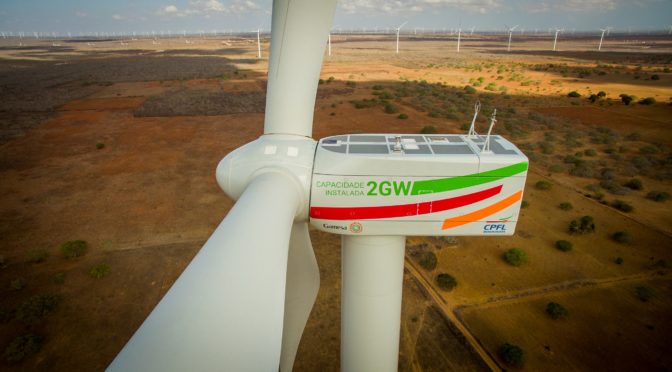 In the first quarter of 2017, prior to the merger with Siemens Wind Power, Gamesa obtained €100 million net profit, 39% more than in the year-ago quarter. These results were boosted by record quarterly revenues, amounting to €1,546 million, and profitability, with an underlying EBIT margin of 11.7%.

The figures for the first quarter are in line with the most recent targets for 2017 and do not include the merger with Siemens Wind Power, which was completed on 3 April, giving rise to a world leader in renewable energy.

Revenues increased by 45% in the first quarter to €1,546 million as a result of strong growth in wind turbine manufacturing and sales and in the contribution by services.

In the first quarter, the wind turbine business increased revenues by 48% to €1,412 million as a result of 40.5% growth in activity volume to 1,490 MWe. The countries that contributed most to turbine sales growth were India and the USA, due to their respective legislations. America contributed 48%, Asia 40%, and EMEA (Europe, Africa and the Middle East) 11%.

Operation and maintenance revenues regained the pace of growth in the period, increasing by 25% to €134 million.

Commercial activity in the first quarter resulted in firm orders for 827 MW, bringing LTM order intake to 4.5 GW and covering 74% of the volume guidance for 2017: close to 5,000 MW.

In this context of growing activity, Gamesa obtained €181 million in underlying EBIT (+53%), i.e. an EBIT margin of 11.7%. That figure does not include €8 million in merger costs. Net profit amounted to €100 million, an increase of close to 40%. The company continues to strengthen its balance sheet and ended the quarter with a net cash position of €257 million.

Gamesa concluded its life as a standalone company with quarterly results fully in line with the guidance for 2017, coupled with record revenues and profitability, all while fulfilling its commitment to a sound balance sheet.

The merger with Siemens’ wind power arm, which took place on 3 April, produced a new world leader in the wind business, which came into being equipped to address the challenges and seize the opportunities that the wind industry will offer in the short, medium and long term while creating value for all stakeholders.

On Monday, the Board of Directors appointed Markus Tacke as CEO of the company, succeeding Ignacio Martín, who in April had announced his decision to step down once the merger was completed and the integration process had begun.

Mr.Tacke will lead the company in this new era with the support of a team of executives drawn from both companies, who have a long track record in the automobile, industrial and energy sectors, thus assuring the group’s stability and continuity.

The executive team’s primary objective is to advance with the integration, which is already under way, in order to design the group’s strategy and draw up a business plan, expected in the second half of the year .

1Underlying EBIT in Q1 2017 does not include €8 million in costs related to the merger with Siemens Wind Power.