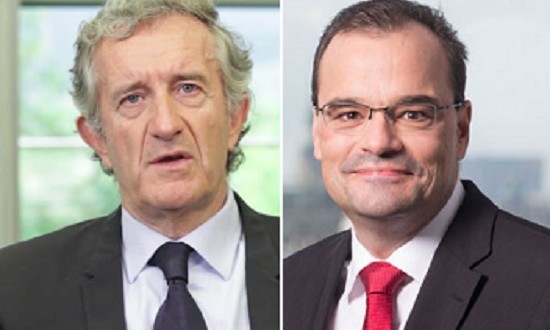 The Board of Directors of Siemens Gamesa Renewable Energy, at a meeting held yesterday, unanimously appointed Markus Tacke as the company’s new Chief Executive Officer (CEO), following the recommendation of the Appointments and Remunerations Committee. The appointment takes effect immediately. Mr. Tacke succeeds Ignacio Martín, who in April announced to the Board his desire to step down once the merger had been completed and integration efforts were successfully underway.

“We are very pleased that Markus Tacke has accepted this appointment. His broad experience in the wind industry, combined with his strong leadership and track record will ensure the company tackles the challenges of the future, continues to deliver value to our customers, and takes Siemens Gamesa Renewable Energy to new heights,” said Rosa María García, Chairwoman of the Board of Directors of Siemens Gamesa Renewable Energy.

Ms. García, on behalf of the Board, also praised the strong work of Ignacio Martín. “We sincerely thank Ignacio Martín for his leadership, commitment and dedication in recent years. Without his enthusiasm, vision and excellent results, the merger of Siemens Wind Power and Gamesa, which created a leader in the renewable energy business, would not have taken place.”

“It has been a tremendous honor working for this great company during the last five years,” said Ignacio Martín, former CEO of Siemens Gamesa Renewable Energy. “I am convinced that this merger has placed our united company in a stronger and better position to create value for our customers and to meet the challenges facing our industry. I also have full confidence our team has the talent and skills to shape and lead the wind industry for years to come.” 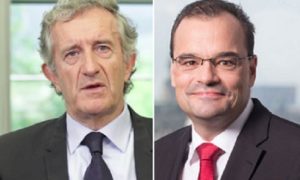 Markus Tacke has more than 20 years of experience in the energy and power generation sectors, and has held a number of senior executive positions in the industry. Before the merger, Markus Tacke served for four years as CEO of Siemens Wind Power. Under Mr. Tacke’s leadership, the company’s Offshore business grew into the dominant global market leader. He helped transform Siemens Wind Power into a highly profitable and forward-looking global enterprise, leading the company’s expansion into new markets including Latin America and North Africa.

Mr. Tacke also oversaw the expansion and modernization of the company’s production facilities, and led a number of company-wide initiatives to enhance efficiency and productivity. From 2014 to 2016 he served as Chairman of the European Wind Energy Association (EWEA)/Wind Europe, the industry association for Europe’s wind power businesses. He holds a PhD in Mechanical Engineering from Darmstadt University (Germany), and a Master’s Degree in Combustion and Fluid Dynamics from Cornell University (New York, USA).

“I am honored that the Board has entrusted me with the responsibility of serving as CEO,” said Mr. Tacke. “We are already a leader in the renewable energy marketplace, but we have much work ahead of us. Our priorities are clear: delivering on our projects, winning new business and creating a company culture focused on engineering excellence and vigorous cost management. This will enable us to provide benefits to our customers and our many stakeholders.”

Other members of the company’s senior management team were announced in April. This team will remain in place, ensuring stability and continuity.

At the Siemens Gamesa Board meeting, the Directors also approved the appointment of Michael Sen to replace Klaus Helmrich on the company’s Board of Directors. Mr. Sen is a member of the Managing Board of Siemens AG.

Siemens Gamesa is a global leader in renewable energy products and solutions, with products and technology in more than 90 countries worldwide and a total installed capacity of 75 gigawatts (GW). The company has annual revenue of approximately 10 billion euros.