The Gemini Offshore Wind Park was officially opened yesterday. Pieter van Oord, CEO of Van Oord, expressed his pride in Van Oord’s involvement in Gemini and thanked all of the shareholders for their support. The grand opening was held in Eemshaven, the Netherlands. Once the home of the project offices, Eemshaven is now the home of the Onshore High Voltage Station. 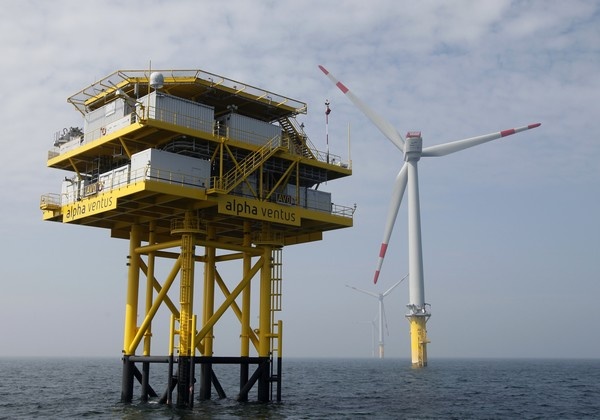 With its 150 4-megawatt wind turbines, Gemini Offshore Wind Park is by far the largest offshore wind farm ever built in the Netherlands, and the second-largest in the world.

Van Oord deployed a wide range of its vessels and successfully used two of the latest additions to its fleet, offshore installation vessel Aeolus and cable-laying vessel Nexus. The construction work went smoothly: the wind project was completed within budget and deadline. At the height of the construction program 500 employees were working on the project.

In addition to being the main contractor, Van Oord is also a shareholder, owning a 10% equity stake in this project. The other shareholders are Northland Power Inc. (60%), Siemens (20%), and HVC (10%). Together, they are making an important contribution to the growth of sustainable energy in Europe: the offshore wind park will supply sustainable energy to 785,000 households. Van Oord has also joined forces with 63 other Dutch companies in a Transition Coalition to request the government to draw up climate legislation to implement the agreements reached at the Paris Summit.