The Ministry of New and Renewable Energy (MNRE) has announced the launch of the second round of wind capacity auctions, for 1,000 MW. 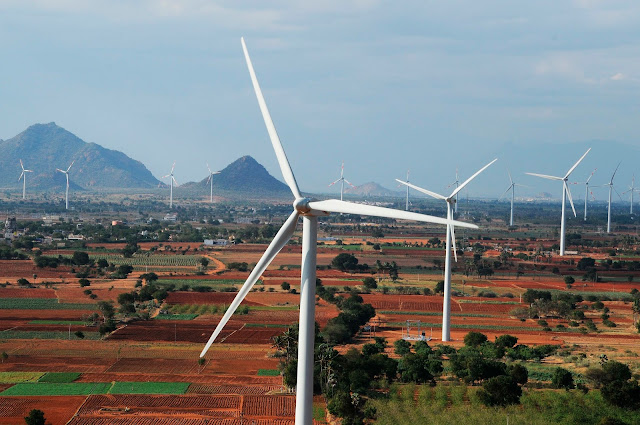 The announcement was done concurrently with the signing of Memoranda of Agreement between the public sector Power Trading Corporation and the electricity distribution companies (discoms) of Uttar Pradesh, Bihar, Jharkhand, Delhi, Assam and Odisha.

These discoms will buy wind power from PTC to meet their renewable purchase obligation, which is mandated by law. According to a press release from MNRE, UP will buy 499.9 MW, Bihar 200 MW, Jharkhand 200 MW, Delhi 100 MW and Assam and Odisha 50 MW each.

The signing of the agreements completes the first auction, held in February, in which five companies won rights to set up 1,050 MW of wind power and sell their electricity to PTC.

Wind power companies Mytrah, Sembcorp, Ostro Energy and Inox won 250 MW each, the Adani group bagged 50 MW. All these companies will sell power to PTC at a rate of ?3.46 a kWhr. PTC’s agreements with the discoms signed on Thursday is a back-to-back deal for the sale of that power.

MNRE Secretary Rajeev Kapoor in last week’s Windergy 2017 conferencehad mentioned that the second round of auctions was on cards.

The international conference of the wind industry was held by the Indian Wind Turbine Manufacturers Association.

Kapoor had said that the government would bring in tenders for 2,000 MW of wind power, out of a total of 6,000 MW planned for the current financial year. Therefore, the auction for 1,000 MW of capacity announced on Thursday is the first of the many that would follow.

The government has tweaked some of the rules for the auction.

This time around, the Scheme is open for all ‘obligated entities’ (entities that are mandated by law to buy or produce green power) purchasing wind power for compliance of their non-solar RPO.

The differentiation between windy and non-windy States has been done away with. (Nine States that have wind power potential – the five southern States, Maharashtra, MP, Rajasthan and Gujarat – are called ‘windy States’.)

Further, provision of 10 per cent additional capacity for Central Public Sector Entities has been kept under the Scheme without participation in the bidding, however, they have to supply wind power at the lowest discovered tariff through bidding process.

The wind power industry is enthused by the announcement of the auctions. The Indian market used to be unable to break beyond 3-3.5 GW of annual installations, but now upwards of 6 GW seems assured. Tulsi Tanti, Chairman and Managing Director of Suzlon Energy, for one, feels that the Indian market could be as high 10 GW a year.