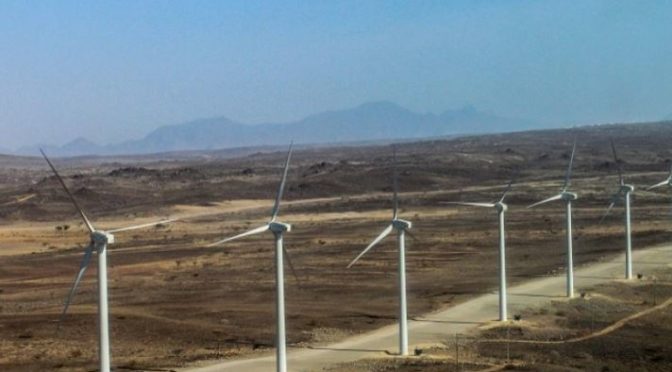 The Lake Turkana Wind Power Project in Loiyangalani, Marsabit County is set to be completed in two months, paving the way for a 310MW injection in the grid.  The project will provide reliable, low-cost wind power to Kenya’s national grid for 20 years through 365 wind turbines each with a capacity of 850 kW. 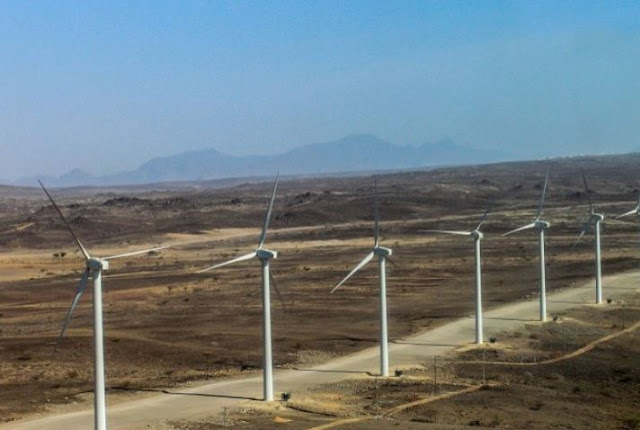 State House Spokesman Manoah Esipisu has said the development of the wind farm is ahead of schedule.

“In the coming months, a 105 MW Public Private Partnership (PPP) project will be completed, thereby increasing the amount of electricity available to Kenyans at a much cheaper rate,” said Esipisu.

Lake Turkana wind power farm will be connected to the national grid through a 428 km, 400kV transmission line that extends from Suswa to the Wind Power site via Naivasha, Gilgil, Nyahururu, Rumuruti, Maralal and Baragoi.

“Despite initial wayleave challenges, the construction of the transmission line is currently being fast tracked to enable dispatch of the wind farm.”

President Kenyatta on Friday commissioned the 75 MW Olkaria Wellhead and oversaw the groundbreaking of the Olkaria V Power plant.

The Olkaria V Plant will provide 158MW, 18MW more than a similar plant of 140 MW using a similar amount of steam.

“In the past, we have had to wait for between five and seven years from the time we drill the first well to the time we install large geothermal power plants. This period has been reduced to between two and three years,” said Esipisu in his weekly briefing.