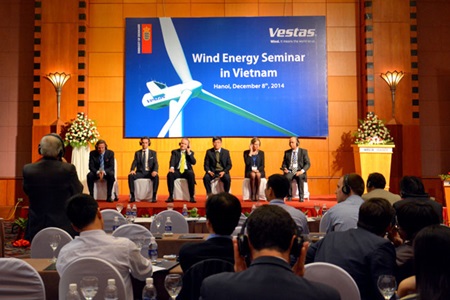 To strengthen Vestas’ presence and market position in strategic and emerging markets in Asia-Pacific and China, Vestas announced last week that the current SBU APC will be re-organised into two new SBUs for the region per 1 April 2017: SBU CHI, covering China and Mongolia and SBU ASP, covering all other Asia-Pacific countries, including India.

Vestas is happy to announce that Clive Turton  will take up the position as regional president of SBU ASP on 1 April 2017. Based in Singapore, Mr. Turton comes with more than 15 years of experience from Asia-Pacific markets, most recently as the CEO of Asia Power Development Platform, a power generation development company established through a joint venture between Australian financial services provider, Macquarie and German power generation company, STEAG.

Executive Vice President and Chief Sales Officer, Juan Araluce comments: “Clive Turton has great experience with operating in all Asia-Pacific markets and his insights to the extensive region will be instrumental to strengthening our market understanding and customer intimacy. His solid business development background and operational understanding in combination with his financial and advisory skills will further develop and strengthen Vestas’ position in these important markets.”

Last week Mr. Kebao Yang was announced as President and Group Senior Vice President of SBU CHI as of 20 March.