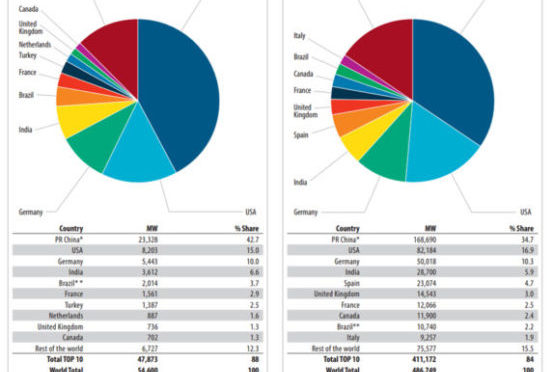 The Evolution of Wind Power is the result from a cooperation between The Global Wind Energy Council (GWEC) and renewable energy software company Greenbyte. The interactive map reveals the cumulative installed capacity per country, continent and the world between 1981-2017. Let’s take a closer look at the figures and see what has happened in the past twelve months.

France had an excellent year in 2015 with 1073 MW installed and still managed to double its growth in 2016 to nearly 12 GW of super-clean wind energy in total. ~1000 kilometers south of France, South Africa also had wind in its sails last year, reaching 1471 MW of installed capacity, i.e. a 28% increase from 2015.

Greenbyte strives to make renewable energy production more abundant, more efficient and more available for future generations worldwide. We provide a cloud based software platform to developers, owners and operators of wind turbines that give valuable insight to increase power output. Our products are offered as Software as a Service (SaaS) solution that is quick to implement and easy to learn for managers, analysts and technical staff.