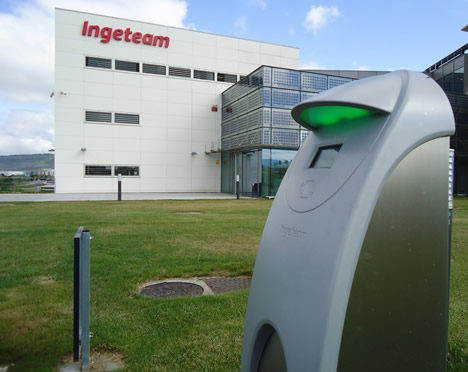 Ingeteam, an independent global supplier of electrical conversion equipment, announced today that it achieved a new record year for the deliveries of its wind power converters worldwide. With nearly 5 GW of new capacity added in 2016 alone, a total of 36,414 MW of wind turbines have been equipped with Ingeteam’s technology since 1995, making the Spanish company the world’s number one supplier of wind power converters.

Ingeteam’s record performance was particularly impressive in large emerging wind markets, despite intense competition. Deliveries to India and Brazil reached a peak volume of 1,268 MW and 837 MW, respectively, in 2016.

By December 2016, over 10,740 MW was being generated by wind farms in Brazil, according to data from GWEC. In 2016, installed capacity has increased by an additional 2,014 MW, which represents a 41% market share for Ingeteam for that year and 23% of the total market to date.

“2016 was a great year: we increased the volume of our deliveries by 32% compared to 2015. We are very proud of this achievement. Our outstanding 2016 results are due to our ability to constantly stay ahead of the curve and minimize the LCoE of customers. Now, we will strive to continue to provide our clients with our market leading technology. Our goal, going forward, is to offer ever increasing performance, lifetime and reliability, with a focus on permanent innovation”, said Ana Goyen, Managing Director of Ingeteam’s Wind Business Unit.

A few months ago, Ingeteam generated broad market attention with the introduction of INGECON WIND FIX2VAR SPEED, a ground-breaking autonomous power conversion system that increases the Annual Energy Production (AEP), lifetime and grid-performance of fixed-speed wind turbines by enabling them to transform to variable-speed machines to best match wind conditions.

Since it began to do business in 1995, Ingeteam has commissioned almost 24,000 wind power converters worldwide, accounting for 36,414 MW of installed capacity, more than any of its competitors.