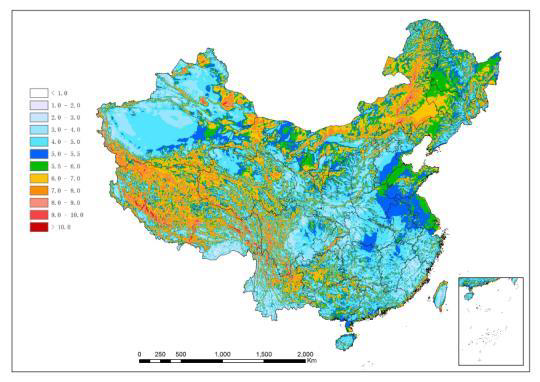 The growth in the wind energy sector in the country comes after the National Energy Administration announced plans in December 2016 to spend 700 billion yuan (102 billion US dollars) on wind power by 2020, with the aim of sourcing six percent of the country’s total energy needs from wind farms.

The GWEC report found that worldwide, 54.6 GW of new capacity had been added in 2016, a decline from 63.6 GW in 2015. Amid fears that the US will not prioritize renewable energy under the new Trump administration, GWEC Secretary General Steve Sawyer said that “wind power continues to grow in double digits; but we can’t expect the industry to set a new record every single year.”

China’s newly added capacity in wind energy in 2016 also declined from 30 GW in 2015, with Sawyer blaming a decline in demand in the country. He did however estimate that the Chinese market would pick up again this year.

While China is expected to further invest in wind energy over the next few years, the government is also looking at ways to cut waste in the industry and fully tap into the potential of the infrastructure it already has in place.

In 2016, Qin Haiyan, secretary-general of the wind power committee of the Chinese Renewable Energy Society, revealed that in 2015 some 15 percent of wind power across the country was wasted. He attributed this waste to restrictions in place from local authorities, which meant many wind farms could not supply energy to the power grid system. Qin estimated this caused losses of more than 18 billion yuan (2.78 billion US dollars).

According to China Daily, up to 60 percent of energy generated by wind farms in Gansu and Heilongjiang provinces and the Ningxia Hui Autonomous Region was wasted. The five-year-period from 2010-2015 saw 100 billion k/h of energy wasted by wind farms, the equivalent of the total output in 2015 of the Three Gorges Dam and the Gezhouba hydropower plants on the Yangtze, two of the world’s largest hydroelectric projects.