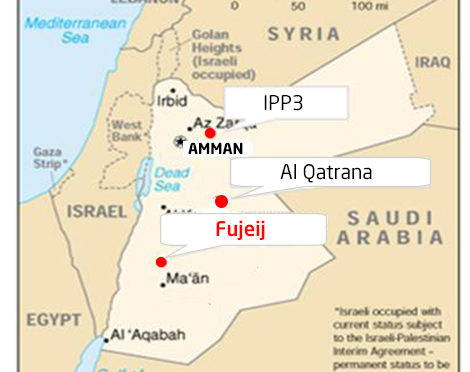 The wind farm in Fujeij located near Amman, Jordan on Monday would be able to generate 89 megawatt of power a year capable of powering 30,000 households. KEPCO won the deal from state-run National Electric Power Company (NEPCO) through its wholly-owned entity Fujeij Wind Power Company (FWPC).

Under the contract, KEPCO creates the farm at a cost of $184 million by October next year and runs it until 2038. It expects to sell electricity worth $570 million until then.

The Korean utility firm would be running three power plants by next year as it built 573 MW diesel engine power plant in April 2015 and 373 MW gas-powered plant in Al Qatrana to be responsible for 24 percent of the country’s annual power supplies.